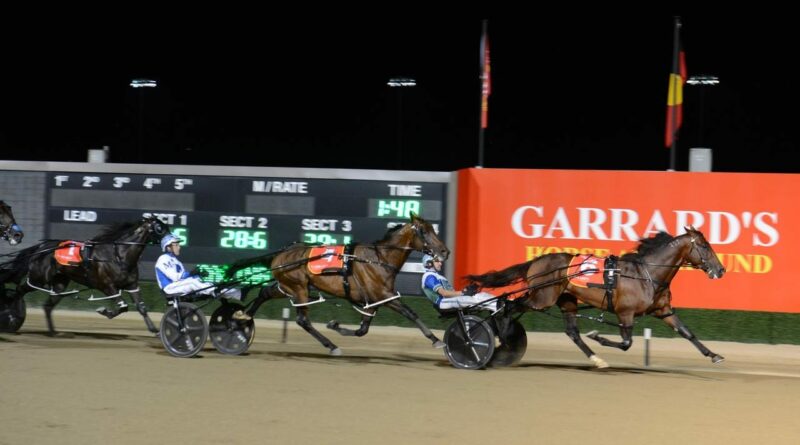 Australia’s champion pacer King Of Swing is poised to have something in common with the great Blacks A Fake.

A perfect barrier has King Of Swing a $1.30 favourite from the pole position to successfully defend his $250,000 Group 1 Blacks A Fake crown at Albion Park on Saturday night.

The last horse to win the feature back-to-back, formerly the Winter Cup, was Blacks A Fake, who did so in 2006 and 2007. He won it for a third time in 2009 and then they later renamed the race after him.

Rival driver Anthony Butt drove NZ’s best pacer, Copy That, to upstage King Of Swing in last week’s Group 1 Sunshine Sprint – albeit by a whisker – but concedes it will be a much bigger challenge this time. Copy That will start from barrier five.

“The draw has made King Of Swing very hard to beat, it’s his race to lose,” Butt said. “We had the better of the draws against him last week and made the most of it, he’s got the early advantage over us this time.

“The longer trip will suit my guy and the way he’s going, I’ve got the confidence to put him into the race. You never know what can happen, but we’re going to need lots of luck now, that’s for sure.”

Copy That (left) holds out King Of Swing (middle) to win the Sunshine Sprint at Albion Park. Photo: Dan Costello.Source:Supplied

King Of Swing overcame a tricky draw to work forward, eventually find the lead and dominating last year’s race but he looks sure to take full advantage of barrier one and try for an all-the-way win this time around.

“Perfect. It’s a great draw,” driver Luke McCarthy said. “He’s had a perfect preparation and ran so well last week. He’s right where we want him and we all know how fast out he is when I ask him.”

King Of Swing is one of four runners in the race for Team McCarthy. Chariots Of Fire winner Expensive Ego will have overcome the back row (gate 10) and local Ricky Thurlow will take the drive.

“Give us 24 hours to talk with the owners before we finalise who will drive Of St Louis and Bright Energy yet,” Luke McCarthy said.

Hopes of a local win were dampened when Queensland’s best three pacers – Colt Thirty One (barrier nine), L L Cool J (11) and Turn It Up (eight) all drew the back row.

Originally published asKing Of Swing poised to join “the legend”

Frankie Dettori excited to be back on Lord North 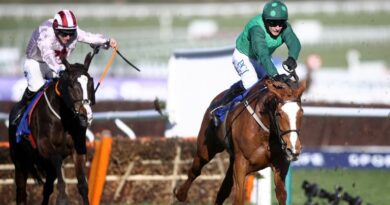