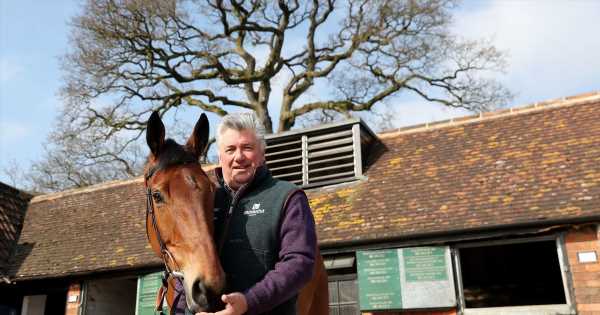 Champion jumps trainer Paul Nicholls has spoken of his passion for making sure his horses enjoy a well deserved retirement.

He spoke out as a BBC Panorama documentary tonight claimed thousands of ex-racers were being sent to abattoirs in Britain and Ireland.

The Dark Side Of Horse Racing also alleged that rules aimed at protecting horses from a cruel death appear to be regularly ignored at one UK abattoir.

But 12-times champion Nicholls said: “Wherever they go, I’m still in charge and we need to know their every move, you know what I mean. Totally keeping tabs on them.

"To me, their racing life is half their natural life – and the second half of their life is just as important as their first part.

“All those good horses we had, Denman, See More Business, Big Buck’s and Zarkandar, we always found good homes for them.

“Obviously, the staff become attached to their horses and love to have them when they retire.

“But you need to make sure they are in a financial position to do so.

“It’s a commitment. It’s good if somebody has looked after a horse and if they can carry on doing so for the rest of their life.”

Old warriors that have served Nicholls well throughout their racing career often remain with the Somerset trainer.

“Lucy Sharp, who rides out for us and has a pre-training yard, has Dodging Bullets (2015 Champion Chase winner), and Pacha Du Polder (successful in two Cheltenham Foxhunters),” added Nicholls. “My daughter Meg often rides Pacha or somebody else can.

“They have a good second life and deserve it too.”

Sheikh Mohammed’s Godolphin operation also has its own rehoming scheme that finds other disciplines for their former runners throughout the world.

Retraining Of Racehorses, the sport’s official charity for the welfare of horses, provides a vital service in finding homes for former racehorses.

It says 7,000 horses leave British racing every year. Some are retired for breeding or racing abroad, along with competing in point-to-points. More than 40% are retrained for an alternative career.

All eyes on return of Alternative Facts after exciting trial run 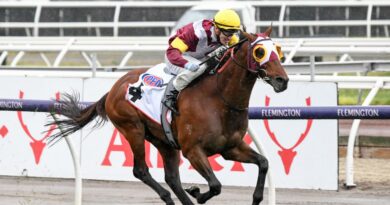