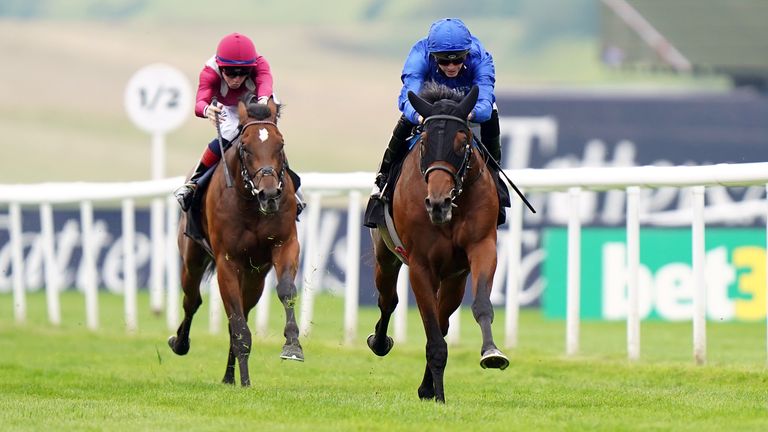 Charlie Appleby has some big-race targets in mind for Noble Truth after he got off the mark with an impressive display at Newmarket.

A promising third behind Thursday’s July Stakes winner Lusail on his racecourse debut three weeks ago, the Kingman colt was the 5-2 favourite to open his account in the in the Weatherbys Bloodstock Pro British EBF Maiden.

Having travelled smoothly in midfield for much of the seven-furlong contest, James Doyle’s mount picked up smartly in the closing stage to score by two lengths from Ehraz.

Appleby said: “That performance from Lusail yesterday gave us more confidence coming here today, not that we needed too much as we’d sort of seen it at home anyway.

“On his first run he was a bit free. He was a lot better today and travelled very well throughout the race – and when he hit the rising ground, he hit the line strong.

“We haven’t got any immediate plans with him as he has been quite head-strong, so we’re taking it race by race and just seeing which way he’s going to go.

“I think the Vintage (at Goodwood) will probably come too soon for him, but we could work back from something like the Champagne Stakes (at Doncaster). That gives him a bit of time to do all the right things, hopefully.

“I think he’ll step up to a mile in time – whether he’ll be a Vertem Futurity Trophy type horse, we’ll see.

“He’s a nice, scopey horse who hopefully has a nice future as a three-year-old.”