The 2017 hero of The Festival's greatest race picked up an injury this morning while being prepared for his comeback.

He held an entry in Sunday's Kerry Group Steeplechase over 2m 4f at Listowel.

Jessica Harrington told Racing TV: "Sadly it won't happen and as of today he's officially retired. Unfortunately he gave himself an injury this morning.

"It's not life threatening but he won't be able to run on Sunday.

"He literally did his last gallop and it just went wrong after that.

"So sadly we decided we have had enough comebacks with him and we are going to retire him now so he can have a happy retirement."

After his heroics at Cheltenham Racecourse, at odds of 7/1, the run of big victories with jockey Robbie Power continued in the Punchestown Gold Cup.

He made a successful return in Grade 1 company at the same Irish racecourse the following winter, but in recent years he suffered a number of setbacks.

As a result, the chaser, who raced in the colours of the late Ann and Alan Potts, had only been seen on the racecourse twice since.

After a 733-day absence, he fell over hurdles on New Year's Eve, which put him on the sidelines again.

"It was very special when he won the Gold Cup," Harrington added.

"It was magical, you don't need an aeroplane to bring you home when things like that happen to you.

"Ann and Alan Potts achieved their goal and he actually won three Gold Cups that year."

Sizing John raced to five successes at the highest level during his career, earning more than £750,000 in 21 starts.

Race-by-race preview and tips for Newcastle on Saturday 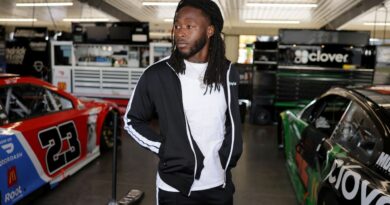