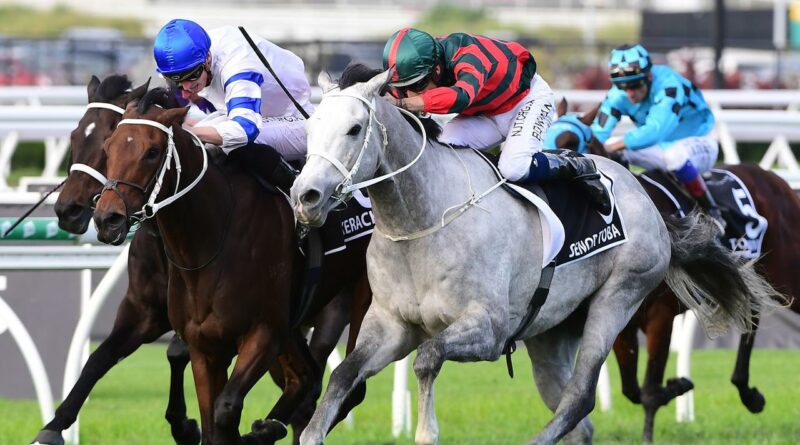 Trainer Chris Waller has lost one of his most promising young stayers with Queensland Derby runner-up Senor Toba set for a move to Hong Kong.

Waller confirmed on Monday that the son of Toronado would be leaving his yard to join the Hong Kong stable of Caspar Fownes.

The classy Group 3 winner is set to be aimed at the Hong Kong Derby for four-year-olds next March.

“It’s a shame to lose him but I fully respect the owner’s decision,” Waller said.

“They are great supporters of mine and only fair they get a chance to race a horse like this, they own themselves in the Hong Kong Derby.

“I will be cheering him on and who knows, he might come back to us at some stage.

“I had a good chat to Casper (Fownes) and he is very excited to have the horse.”

The Queensland Derby has become a popular gateway race for three-year-olds before heading to Hong Kong.

The likes of Eagle Way, Ruthven and Dark Dream all claimed the Sunshine State feature before continuing their careers in the Asian jurisdiction.

Fownes is looking to secure back-to-back Derby wins after capturing the race this year with Sky Darci.

Senor Toba highlighted his top level potential in the late autumn and winter despite only having a handful of starts for Waller.

The gelding was a dominant winner of the Group 3 Frank Packer Plate (2000m) at Randwick in April before heading to Brisbane for two starts.

He finished third in the Group 3 Rough Habit Plate before being narrowly edged out by stablemate Kukeracha in the Queensland Derby.

The move to Hong Kong comes just a couple of weeks after Rough Habit Plate winner Criminal Defence was sold to the jurisdiction for $700k.

The Stuart Kendrick-trained I’ve Bean There was also sold to Hong Kong interests for $900,000 in the past fortnight while Waller recently confirmed his tough sprinter Tycoonist had also been the subject of overseas bids.