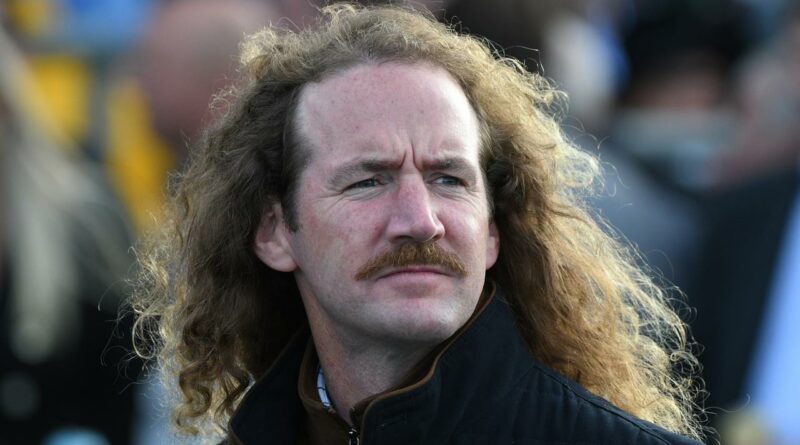 Ciaron Maher made his name in the Queensland winter as an emerging trainer, now as one of the biggest in the land he is looking to add a couple more Group 1’s to his already imposing resume at Eagle Farm on Saturday.

With Victoria locked down to Covid-19, Maher has extended his time in Queensland and could almost call himself a local, such is his presence year in year out during the winter.

Maher famously rolled into Brisbane with Srikandi in 2014 who ran third in the Stradbroke before coming back the next year to win it along with the Group 1 Tatt’s Tiara two weeks later.

“I love this place, I have had a lot of success here,” he said.

“What’s not to like about it at the moment? It is beautiful, the weather is great and it sure beats being in Victoria at the moment.”

With one of the most well-credentialed maiden’s in the country, Maher is looking to turn Port Louis into a Group 1 winner in the JJ Atkins (1600m), who he says has been a victim of horror barrier draws of late.

“His last two barriers have been horrendous and he has had to take his medicine and that has been a huge disadvantage for him,” he said.

“We thought he probably just peaked a little bit on his run when he went back from a bad gate and he really had to get going early and he peaked late.

“We think it was a good run given where he came from so we are back to the mile which we know he can run.

“He will be just right by Saturday. Hopefully he can draw a barrier and get some luck this time.”

After originally targeting the Group 1 Champagne Stakes in Sydney, Maher quickly put the JJ Atkins on the radar due to his ability to run over ground.

“I targeted the Champagne with him – even though he hadn’t won a race and it was a jump from 1200m to a mile I thought he was a tough horse that could do it,” he said.

“He ran super in that and then after that happened this was the goal.”

With 18 horses in the final field, Amish Boy could be one of the main beneficiaries from Baller winning the Moreton Cup on Saturday, preventing another horse from gaining a ballot exemption into the $1.5 million feature.

Coming off two double-figure barriers in his last two starts, Maher said Amish Boy is in the same boat as Port Louis.

“He is another one with these barriers,” he laughed.

“He ran second here in the Magic Millions three-year-old race. I had him up here as a young horse in the BJ Mclachlan,” he said.

“He gets the weight advantage being a three-year-old colt and I thought his run here the other day was super from another bad gate.

“He ran third in the Newmarket Handicap – a three-year-old in that so they always get the favours. I know he improves at 1400m so that was the plan from there on.”