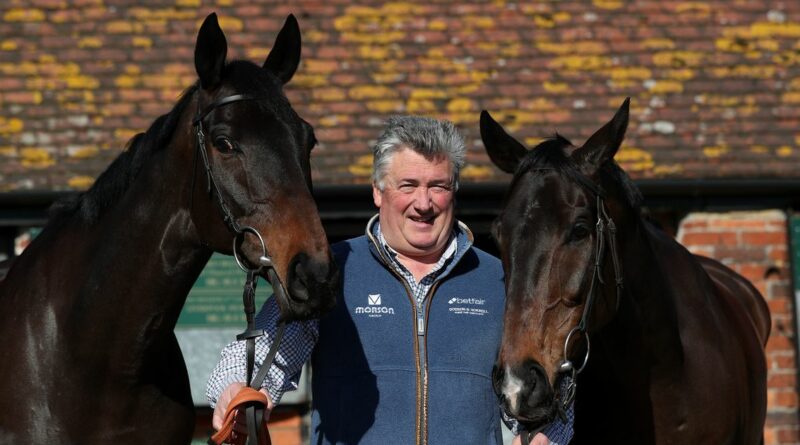 King George duo Clan Des Obeaux and Frodon are favoured in a "home game" against the Irish, Paul Nicholls believes.

The previous winners are set to face the Henry de Bromhead-trained Minella Indo and Willie Mullins' Asterion Forlonge in the Boxing Day showpiece.

Nicholls, leading trainer in the race with 12 wins, has high hopes the prize will be coming back to Ditcheat once again.

"It looks as good a race as it's been for a long time and my view is that Clan and Frodon are the two to beat," he said.

Minella Indo will be primed to match the chasing legend's Prestbury Park exploits in the feature next March, but Nicholls expects his horses to have the upper hand the time.

"My view is that Cheltenham suits him very well, three and a quarter round there is very different to three at Down Royal or Kempton," he said.

"Obviously if you win a Gold Cup you're a smart horse but Kempton and Cheltenham are two different tracks.

"I wouldn't want to be taking him on at Cheltenham in the Gold Cup and we certainly won't with either horse but Kempton is a different ball game. It's a home game for us.

"Willie's horse, the grey, looked like he was travelling well the other day but he does make plenty of mistakes. In a race like the King George you can't be making mistakes, you've got to have everything go right for you.

"But he's a bit of the unknown in the race. He looks very talented and if he puts it all together he's going to be threat to everybody."

Grosvenor Sport is offering new customers £25 in free bets when you bet just £5 on horse racing!

Simply register, place a £5 bet on any horse race and you will be credited with 5 x £5 free bet tokens!

Third last year behind Frodon, Nicholls pointed to Clan Des Obeaux's "best preparation ever" for the Grade 1 as he bids to win back his crown.

The winner of the two previous renewals, part-owned by Sir Alex Ferguson, has just over eight lengths to find on Bryony Frost's mount from his own camp.

Nicholls said: "He's (Clan Des Obeaux) had two away days, he had two gallops – one at Newbury, one at Wincanton. He did a proper piece of work last week with Frodon and Saint Calvados.

"You can do so much with them before they have that first run. After you have had a hard race it gets a bit tricky to get them in the same sort of form.

"Last year he had a hard race in the Betfair Chase, the ground had turned heavy and we nearly took him out."

Saint Calvados, yet to run for the stable, has had extra schooling to try and better last year's fourth in the colours of Kate and Andrew Brooks.

"He ran very well last year. I just thought he was a bit sloppy with his jumping up the straight, if he had jumped the last three fences he would have gone a lot closer," Nicholls added.

"So we have done a lot of work on his jumping just to sharpen him up a little bit." 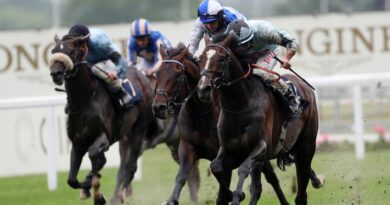 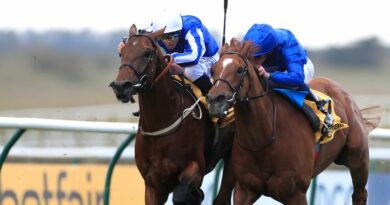