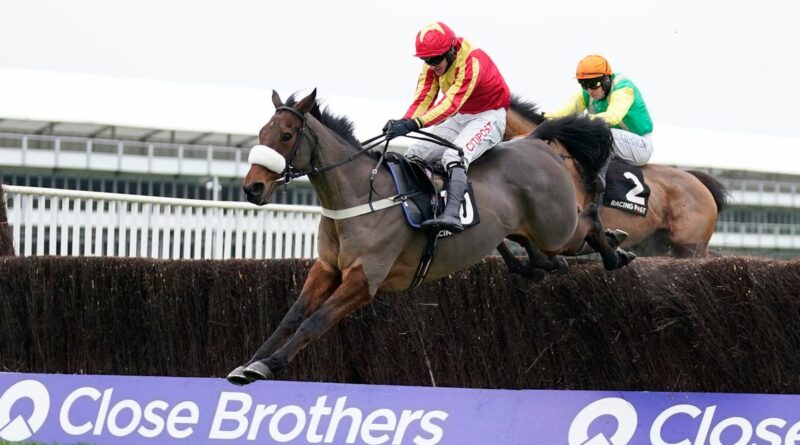 Evan Williams' chaser, in pole position when he fell at the track a month ago, stayed on tenaciously to take the feature prize.

The ten-year-old held every chance at the time of his departure in the Paddy Power Gold Cup – and was in no mood for defeat at a cold Prestbury Park.

Attempting back-to-back wins on that occasion, he left Midnight Shadow with a clear lead, but that rival could not keep with him as they renewed rivalry on the New course.

A host of potential challengers loomed up in the straight, but Coole Cody answered jockey Adam Wedge's every call.

Zanza stayed on best from the pack, although he could only close the gap to two lengths, a short-head in front of third placed Midnight Shadow.

"He's got his own way of jumping and that fall the last day was a blip on his record. He's always got from A to B and knows what to do.

"You can't ask for any more from him, as soon as I push the button he put his head to the floor and galloped all the way up the hill for me."

The winner is trained in Wales by Evan Williams and owned by Wayne Clifford – and took his record to three from ten starts at the track.

Williams said: “These big pots are hard to come back and keep having a crack at and the horse is no spring chicken, but although he had a fall last time, those things don’t seem to affect Coole Cody.

Get £30 in FREE BETS for Saturday's racing with Grosvenor Sport!

Grosvenor Sport is offering new customers the chance to earn £30 in FREE BETS when you bet just £10!

Simply register, place a £10 bet on ANY sport and you will be credited with £30 in free bets!

“With a lot of horses you’re always nervous after a fall, but when this horse falls on the floor he thinks it’s a bit of fun! He’s a very angry character who will go to war every day if he could.

“He’s just one of those rare breed of horses that’s very tough and very genuine and faces the music every time he comes to a big gig."

There was a sad postscript to the race, as the Philip Hobbs-trained Dostal Phil suffered a fatal injury.

Tuned to perfection, Finche can repel Irish hordes for Waller 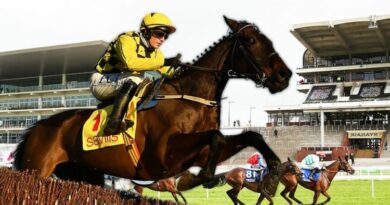