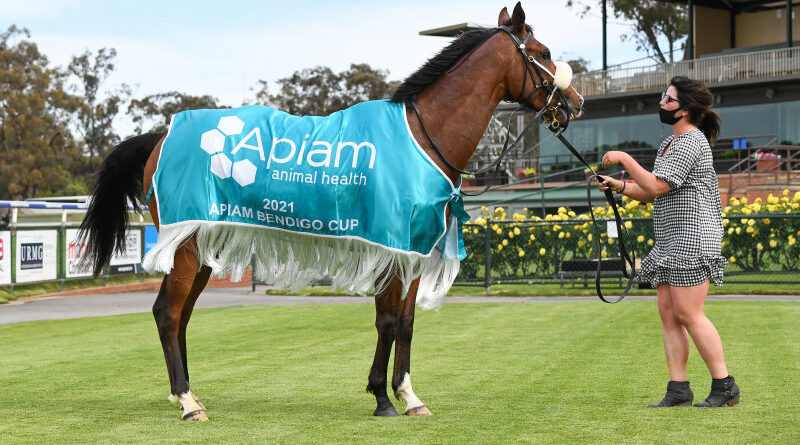 Reigning country horse of the year Wentwood is being challenged to make a splash among the city slickers by taking out the prestigious group 2 level Zipping Classic, the final big race of the Melbourne spring carnival, at Caulfield on Saturday.

Wentwood is trained by young handler Maddie Raymond along with her partner Paddy Bell, an ex-New Zealand jockey, and under their tutelage the stayer has taken remarkable strides since joining their Warrnambool stable. 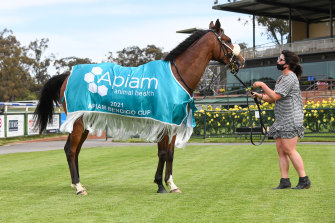 Now a seven-year-old, the son of Epsom Derby winner Pour Moi began his racing career in Ireland with the legendary Dermot Weld, who won the 1993 Melbourne Cup with Vintage Crop.

He joined Raymond’s yard in 2020, just as she was setting up on her own, having learned her trade as Darren Weir’s Warrnambool foreman before the latter’s suspension ruled him out of racing.

And the horse has gone from strength to strength ever since.

A year ago, in October 2020, Wentwood registered his first win for the yard when he took out the St Arnaud Cup. He then ran second in the Ararat Cup, won the Werribee Cup and scored his first metropolitan win at Flemington just before Christmas. A busy and productive first season for Raymond concluded with a win in the Terang Cup before a down the field finale in the Warrnambool Cup.

It was those cup efforts that helped land him his title of country horse of the year and boosted his rating to the point where Raymond has had to aim him at loftier targets – although he did go back to his old rural stomping ground in October to record yet another country cup triumph in the $400,000 Bendigo Cup. 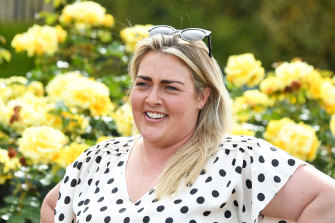 Raymond upped the ante during the Cup Week carnival when setting Wentwood a group 3 challenge in the Queen Elizabeth Stakes over 2600 metres. It is a distance she now believes may be just beyond him – but he ran with credit to finish third behind one of Saturday’s rivals Warning in a race where the latter’s rider, Nash Rawiller, was able to dictate the race from the front.

He meets both Warning and runner-up Sound on less advantageous terms on Saturday and also has to contend with the class runner of the field Spanish Mission, the UK import who ran third in the Melbourne Cup and now has his first start for Peter Moody.

Raymond knows it will be a tough assignment, albeit one worth trying.

“Obviously Spanish Mission is a step ahead of the rest, but at the same time he is dropping back to 2400 and he has also got to get around Caulfield, which can be tricky for horses who have not run there, so I think we can definitely be competitive.”

She believes the drop back to 2400 metres in the Zipping will be in Wentwood’s favour.

“We got our nose ahead at the 2400 and the last 200 probably saw us out a little bit. Just where he stacks up against the likes of Spanish Mission remains to be seen.

“Ideally a handicap race against those horses would be much more suitable for him, but I think he definitely deserves his chance at this grade in this sort of race. We are very proud of him, he’s come a long way in 12 months from a St Arnaud Cup to a Zipping Classic, he has definitely exceeded our expectations.”

If Wentwood can fly the flag for the country cousins, he will be giving Raymond her second winner at group 2 level in just her second season training.

Earlier in the spring she won the Let’s Elope Stakes for fillies and mares with Turaath – not bad going for a yard that only has 15 horses in training.

Raymond teamed up with Bell when the pair met in Dubai, bringing different Australian horses for big races – she travelled with the then Weir-trained Brave Smash, Caulfield-based Bell with Lloyd Kennelwell’s Viddora.

Bell had previously worked for Moody, riding Black Caviar in her work so, as Raymond says, “we both had a good grounding”.