CHELTENHAM bosses fear a COVID-19 vaccine will come too late to bring crowds back for the National Hunt Festival in March.

Following positive results of trials, the government expects the NHS to start a mass immunisation programme before Christmas.

But Ian Renton, the Jockey Club’s Regional Director for Cheltenham & the South West, believes the four-day fixture, due to be staged from March 16 to 19, will take place in front of limited spectators, despite the national vaccination roll-out.

“I’m afraid I think the Festival, in early spring, will probably come too early to benefit,” Renton said on Sunday.

“Most of what we hear suggests it is going to be late spring before anything significant changes.”

The 2020 Festival was the last major British race meeting to admit spectators and Renton added: “There may be an opportunity to get some additional people in but certainly, at the moment, we are not expecting anything extensive.”

“We’ve been working closely with government to make sure we’re at the forefront of any pilots with regards to spectators returning,” said Rust.

“The biggest help to us will be the safe return of spectators.” 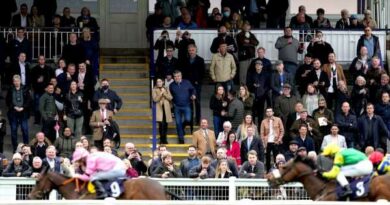