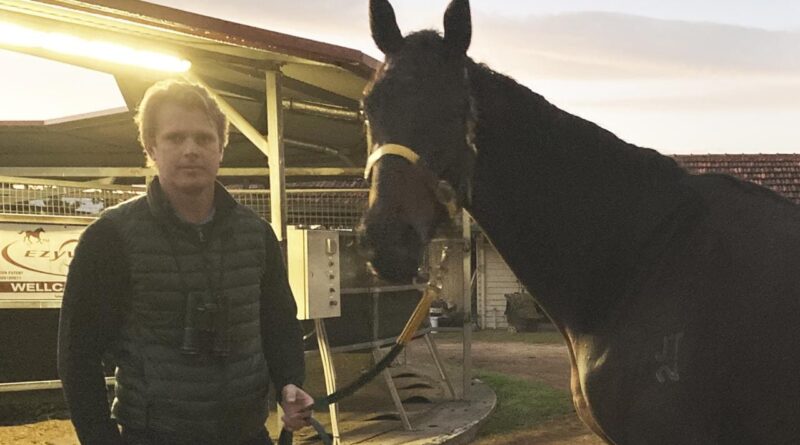 Queensland Oaks favourite Duais will be going into Saturday’s Group 1 not having raced for seven weeks but in that period trainer Edward Cummings hasn’t spotted a rival filly that he is scared of.

Cummings, the son of Anthony, brother of James and grandson of the legendary Bart, is hunting his first Group 1 and believes Duais could elevate his stable to the next level at Eagle Farm on Saturday.

Duais, a daughter of 2013 Cox Plate winner Shamus Award, finished runner-up behind Hungry Heart in the Australian Oaks at her last start on April 17 but Cummings feels her run that day was better than the winner’s.

Duais was back near the tail and when she got a late split Hungry Heart had already stolen a winning break over the 2400m trip at Randwick.

Hungry Heart won’t be seen in the Queensland Oaks and Cummings believes his filly is the one they all have to beat on Saturday, including a wave of six Chris Waller-trained fillies.

“The bottom line is I haven’t seen anything to scare us,” Cummings said.

“I think she has got the benchmark effort from a three-year-old staying filly and I think that includes the (Australian) Oaks winner.

“I think our run was a better run than the Oaks winner, she (Hungry Heart) was advantaged by a good draw and a very good ride from Kerrin McEvoy that day.

“Despite our best efforts we still went down by a length, but I think what it revealed was there was always going to be improvement in her as she stepped up in ground.”

Duais was The Oaks favourite before Tuesday’s barrier draw but drifted to become the $6 equal second pick after drawing barrier 12 in the 14-horse field.

But Cummings can only control what he can control.

The trainer, who was at Deagon before sunrise on Tuesday morning to watch Duais go through her paces, thinks his filly is showing all the signs that she can become a Group 1 star.

Cummings was delighted with Duais’s work and insists there is no problems with his filly having a long space between runs going into the Oaks at Eagle Farm on Saturday.

“She had a reasonably arduous autumn campaign, if I felt like she needed another run then I would have given it to her.

“But after she trialled at Randwick (on May 13) and trialled well, Hugh Bowman came back and said you could just go straight to The Oaks as she is just in a great frame of mind and she’s a natural staying filly.

Cummings feels the expansive Eagle Farm track will be in his filly’s favour on Saturday although he admits, like many other trainers, there is a small question mark about how she could handle a potentially very firm surface.

“The state of the track itself is beyond our control, we are going there unaware of how she will handle the track and understanding that some horses do and some don’t,” he said.

“But all I can say at the moment is it was excellent work from her this morning.

“She has worked over a mile, she has done it comfortably she has pulled up like she has had a canter, she is fresh and well.”

Cummings, 35, only began training on his own two years ago after spending nearly three seasons in a partnership with his father, Anthony.

Originally published asCummings not afraid of Oaks rivals for Duais