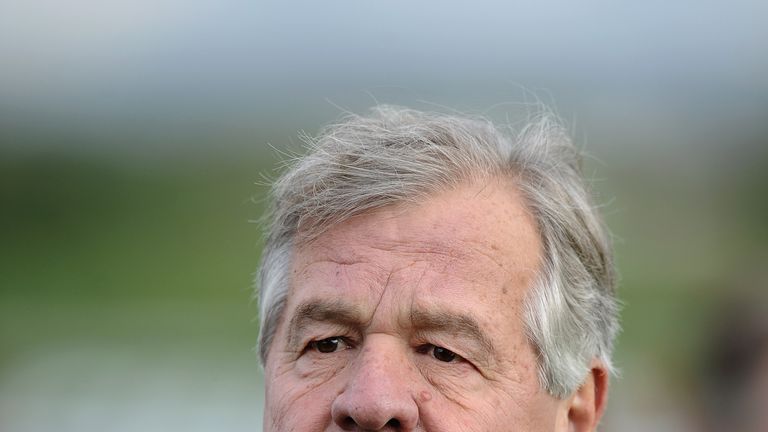 A brilliant Frankie Dettori ride saw Expert Eye delivered with a perfectly-timed run to grab the spoils in the Breeders’ Cup Mile at Churchill Downs.

The Sir Michael Stoute-trained colt was off the pace early on and still had plenty to do in the straight, but he produced a devastating turn of foot at the business end to collar Catapult and Analyze It in the final strides.

Analyze It was one of the early front-runners, along with David Simcock’s Lightning Spear and Aidan O’Brien’s Happily, and held every chance in the final furlong as he tried to stave off Catapult.

Then in the last 50 yards, Expert Eye, wearing the colours of Khalid Abdullah, burst on the scene to foil those two.

Stoute said: “Frankie was great on him – he scared me a bit, but he was brilliant on him, he knew what was under him.

“He just got there in time, I thought he was a little too far back early on. I didn’t make a plan, I thought he could do his own thing, he’s been round here enough.

“He’s just had some problems with the stalls that affected him mentally in the spring, but the team behind him have done a wonderful job.”

The Newmarket trainer went on: “I’d always been a little bit concerned about the ground. I thought going down the back Frankie was a couple of slots back further than I liked.

“He had a problem with the sole of his foot after the Dewhurst that went on into the spring, but he has been running really well since Royal Ascot.

“The horse has exuded class, we had some little problems with him with the stalls, but he has run some very big races since the Jersey and this was the icing on the cake.”

Stoute was winning his eighth Breeders’ Cup race in total, and his first in this event.

He said: “I love the Breeders’ Cup, we’re are always trying to win at the event. Sometimes it works, and sometimes it doesn’t.”

A jubilant Dettori said: “He jumped good, I went four-wide all the way and in fairness to him he took me really well round the turn. He was in a good rhythm all the way and when I asked him to pick up in the stretch, I got a generous response.

“When they kicked off the bend I thought I had a mountain to climb, and then the turbo kicked in and he won cosily in the end. It’s been a supreme training feat by Michael, as the horse has not been straightforward.”

Teddy Grimthorpe, racing manager to Abdullah, said: “We’ve been trying for quite a long time to win this race, Prince Khalid will be so chuffed to win it, and it’s all come together today. Believe me, this is a very special day for us.

“As for his future, that’s something for Prince Khalid to think about and decide.”

The William Haggas-trained One Master finished strongly on the heels of the placed horses under James Doyle.

Haggas said: “The race didn’t really go the way we hoped it would for James, but I’m thrilled with the way she came home.

“I’ve just had a discussion with the American owners, and they have expressed the view that they are keen to race on with her next year.”

Tips and race-by-race preview for Mudgee on Sunday

Horse racing tips TODAY: Horses you must back at Wolverhampton, Kempton and Fontwell 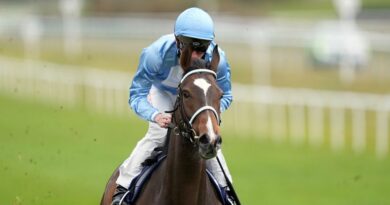