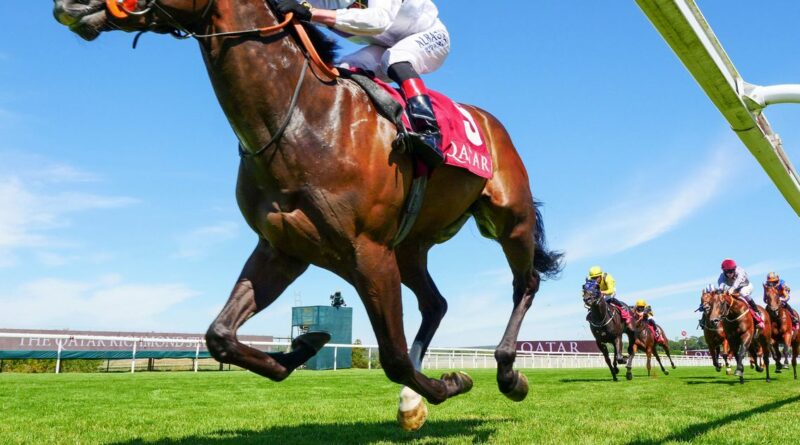 John and Thady Gosden's progressive colt is a worthy favourite for the longest race on the card.

Third in the Queen's Vase at Royal Ascot, the effort can be marked up as he came from well off the pace under Frankie Dettori.

Stowell stepped up on his maiden win where he had just two rivals to beat and he is still unexposed.

Gosden senior has also won four out of the past ten renewals of this.

Various Royal Ascot form lines are on show in this sprint for juveniles – but it could be worth siding with the Richard Hannon-trained Lusail.

The stable has a good record in the race and the Mehmas colt's track experience will be very useful.

His most recent success was excellent as he defied a penalty.

Pat Dobbs will be out to record a repeat performance down a furlong in distance on this uncomplicated type.

The unbeaten brother of Group 3 winner Hukum has hinted as though he may be able to join him in such company.

He overcame a slow start on debut to win cosily, form which has been boosted by the second and third.

The son of Sea The Stars then powered away from a previous winner over course and distance, impressing with the amount of ground he covered.

It was a seven-and-a-half length margin at the line and with further improvement likely, considering how green he was on debut, his fans will return.

The £200,000 purchase won easily on debut and was sent to Royal Ascot just a couple of weeks later.

Market support came for him ahead of the Coventry Stakes, a race which did not develop quite as expected.

Rab Havlin had his mount's greenness and a troubled passage to contend with, so sixth place as creditable in the circumstances.

Grosvenor Sport is offering new customers the chance to get £20 in free bets when you bet £10.

Any sport. Any market.

Simply register, place you £10 bet on any sport and any market then you will receive £20 in free bets.

He would have been closer if finding room and should come into his own at this type of track.

Upped to seven furlongs, he will have plenty of supporters with Frankie Dettori in the saddle for the first time.

One on the latter category is Clive Cox's Supremacy, an each-way bet at around 16-1.

Forgive him his flop on seasonal debut, when well behind rapid improver Rohaan and he's right in this on his two-year-old form.

Off 118, just 1lb behind Oxted, Supremacy represents a trainer who won this in 2017 with three-year-old Harry Angel.

He had the same rating coming into the big sprint and Cox has a guide to the ability of some of the other runners through his horse Diligent Harry.

Supremacy likes to race more prominently than many of these, including Oxted, who thrived off a fast pace at the minimum trip last month.

Dragon Symbol is very talented but had a hard race at the royal meeting, so fellow Ascot absentee Starman is rated the chief threat to the selection.

* Odds correct at the time of publication