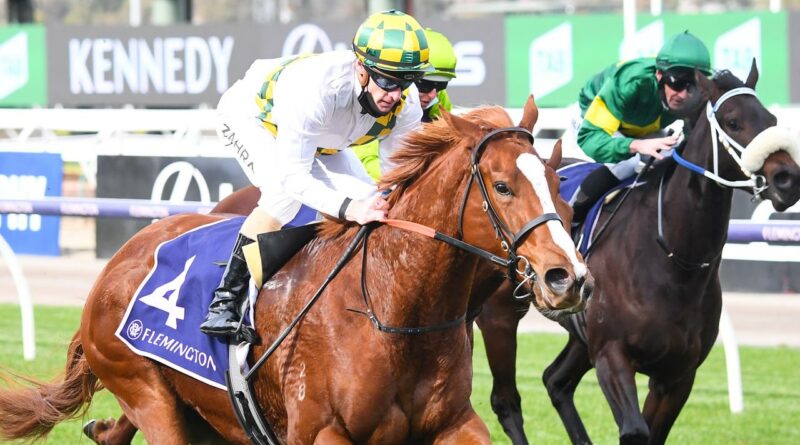 A match race between unbeaten legends Black Caviar and Frankel never happened but the UK champion took the points when their kids went head-to-head at Flemington.

Invincible Caviar was far from disgraced, battling on well for third after racing on the speed throughout the $125,000 contest but was no match for Argentia‘s strength over the last 200m.

Viviane ($12) significantly improved on her debut effort with a sound second, almost two lengths from the winner.

Zahra said he held a good opinion of Argentia in the lead-up to her debut but thought the two-year-old would be better suited over longer distances than the 1100m of her Flemington test. 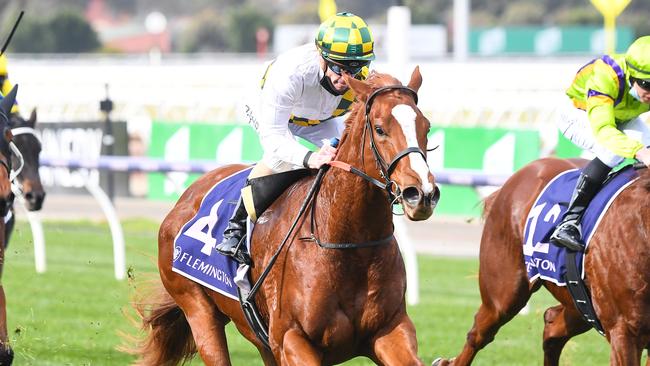 Argentia could be bound for the Thousand Guineas in the spring after her easy debut win. Picture: Racing PhotosSource:Getty Images

“We’ve always thought that 1400m plus but wasn’t sure what to expect today. I lobbed right in the ‘A’ spot and I travelled a long way.

“It took a while to get on the right leg and once I got her on that she was off and gone.”

“Disappointing not to win, of course, but reports on the winner pre-race were very good and we knew that,” Moody said.

“No disgrace to run third to a very, very good filly.”

Argentia is set to be high in Thousand Guineas betting when markets for October’s Caulfield event are released in the coming weeks.

Zahra moved to outright fourth in the Melbourne premiership, on 42 winners, after the Argentia and Yulong January race-to-race double.

It is the fourth time in six seasons Zahra has ridden more than 40 metropolitan winners.

His personal best 45 city winners in 2015 was good enough for fourth in the premiership.

With a change of luck it so easily could have been a treble on Saturday for the 19-time Group 1-winning jockey after short-priced favourite Chief Altony was held up behind a wall of horses in Race 3.

After surging from the back on Argentia, Zahra took luck out of the equation with frontrunner Yulong January going forward and staying there.

The Ciaron Maher and David Eustace-trained Yulong January, winner of nine of 22 career starts and more than $680,000 prizemoney, appreciated the steady speed increases.

Drifting second favourite Rubisaki loomed up strongly in the straight but the mare peaked on the run. Zahra was full of praise for Yulong January’s grit and work rate.

“Had a beautiful time in front and slowly picked up and picked up,” Zahra said.

“The way he was so relaxed and saving his energy in front, I was always pretty confident.

“I knew I was out late but he just wins … he had his ears flat back and he tries so hard for you.”

It capped a recent purple patch for Zahra, who rode a treble at Flemington last month before a timely suspension coincided with the birth of his and wife Elyse‘s firstborn daughter Harper.

He returned with a double at Sandown last Wednesday and maintained the rage at Flemington. 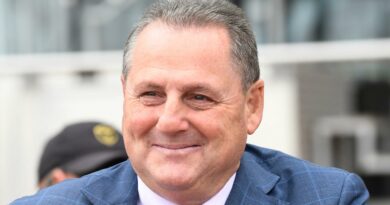 Masked Crusader scratched from the final race at Randwick