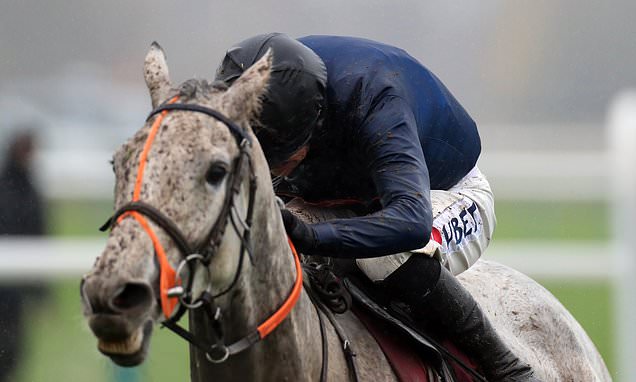 ‘I wasn’t any different after having kids, why should the horse be!’ Marietta Fox-Pitt seeks to defy the odds with Snow Leopardess and claim Grand National glory

Snow Leopardess must defy the statistics to win Saturday’s £1million Randox Grand National at Aintree but don’t bet against it — she already has an odds-defying tale of a career.

The Charlie Longsdon-trained 12-1 shot heads to Aintree trying to become the first mare to win the most famous steeplechase in the world since Nickel Coin in 1951 and only the fifth grey to cross the line first after the stamina-sapping four-and-a-quarter-mile race over 30 unique fences.

But the Snow Leopardess story is much more than that. Her 19-race career is split into two halves, either side of a 794-day break from racing to recover from a leg injury during which she had a filly foal sired by 2006 Derby winner Sir Percy. 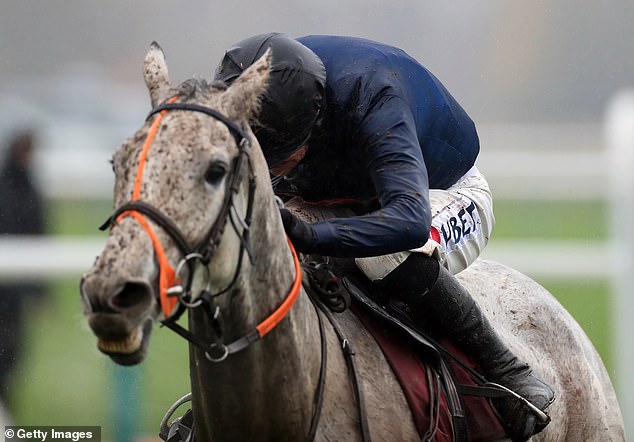 Racing historians have been unable to unearth any previous instances of a mare returning to race in the Grand National after giving birth, let alone winning it.

Twelve months after Rachael Blackmore made history by becoming the first female jockey to win the National, could 2022 be the first win for a mum?

Talk to Marietta Fox-Pitt and you will be left believing anything is possible. She bred Snow Leopardess, the fifth generation of a family line she has nurtured, and owns her, despite the mare running in the name of son Andrew.

Longsdon may be charged with honing Snow Leopardess into peak condition but it is Fox-Pitt who has plotted her career from the very start, being present when her dam Queen Soraya gave birth at her Kent base in March 2012. 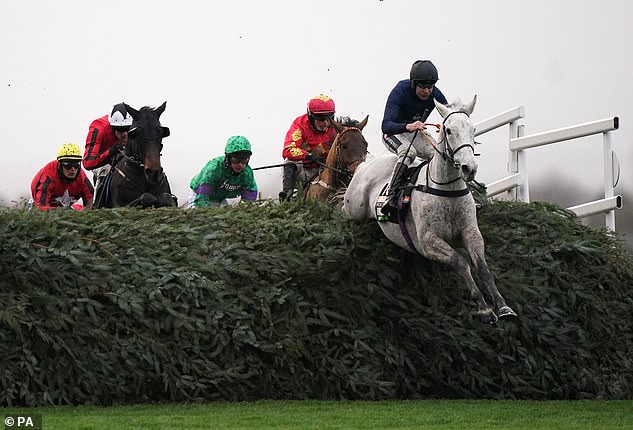 Asked if she had any qualms about returning Snow Leopardess to racing after she had had her foal, Fox-Pitt said: ‘I wasn’t any different after I had children so why should Snow Leopardess be!’

‘They are my children,’ says the 80-year-old with a laugh. ‘I enjoy having them and I don’t want them to be just standing in a field. I probably should have stopped with her when she went lame but I am quite old and wanted to enjoy her so I thought we’d do a bit more.’

The accomplished horsewoman, who represented Britain at the World Championships at Burghley in 1964, came fourth at Badminton in 1965, and second at Burghley the same year, adds: ‘I have done a lot of funny things. Snow Leopardess’s great uncle was a horse called Le Djinn.

‘I then had him back again and rode him round in the three-day event at Bramham in Yorkshire before sending him back into training in France where he went steeplechasing and he won the Grand Prix de Bordeaux and the Prix Probert Hennessy. 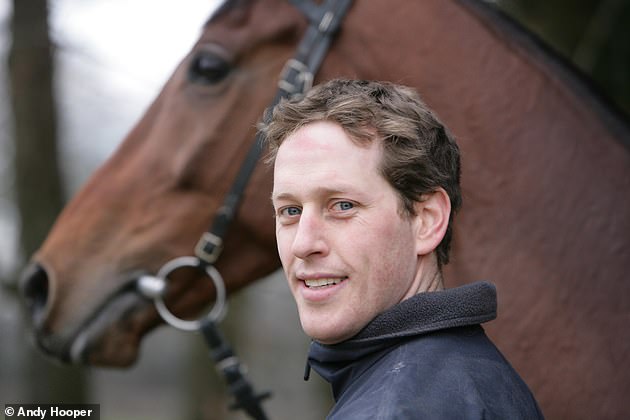 ‘Later my son William also rode him round Bramham. My horses have to do everything.’

Snow Leopardess had won five of her first eight races before she was injured after a successful run at Auteuil. Since returning to training and switching to steeplechasing, she has won four more times. That includes her last three races culminating in the Becher Chase over the famous Aintree fences on a foul December day.

Longsdon says: ‘Any horse coming from the Fox-Pitts is always going to be a character. What (that family) haven’t done in the equestrian world isn’t worth doing. We’ve been on a massive rollercoaster with her the whole way through. When she got her leg injuries I honestly thought her racing career was over.

‘I’ve got no issues with her stamina whatsoever. Yes, it looked like she was tying up in the closing stages of the Becher Chase but that is because she had been in front for two-and-a-half miles into a driving headwind and driving rain.

‘She will relish the trip. My only worry is the speed at the start and is she quick enough to get into a nice handy prominent position?’ 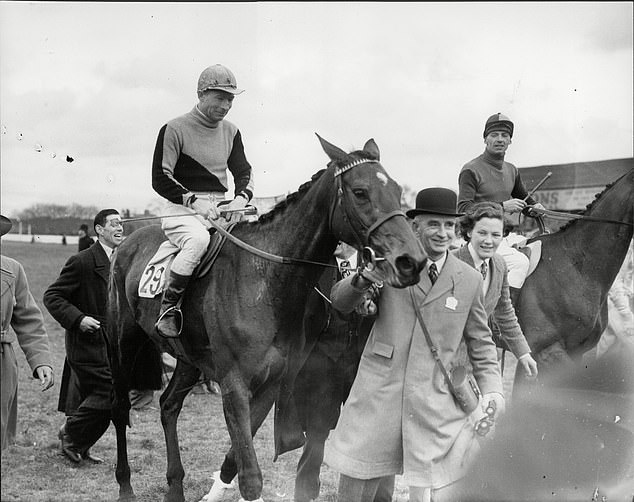 Snow Leopardess displayed the jumping prowess in the Becher Chase that Marietta believes is her ace card for the National.

‘She has a hell of a jump, she could jump a house,’ she says. ‘She would be a top show jumper if that was what I wanted to do with her.’

That has sparked another unlikely Marietta project. Using an IVF technique, embryos have been taken from Snow Leopardess and fertilised by sperm from the late stallion Chacco-Blue, the sire of Explosion W, who won the show jumping gold at the Tokyo Olympics with rider Ben Maher.

The embryos have been implanted into foster mares with foals due next spring, when Snow Leopardess’s daughter, who has been named Red Panda and should enter training with Longsdon in the autumn, could be running her first race.

No matter what happens to Snow Leopardess at Aintree she already has a big family reputation to live up to. That includes Snow Leopardess’s Longsdon-trained half-brother Parramount. He is already a winner and will run in the National Hunt Flat race that concludes Grand National day.

Punchestown Day Three: A race-by-race guide and top tips from our experts 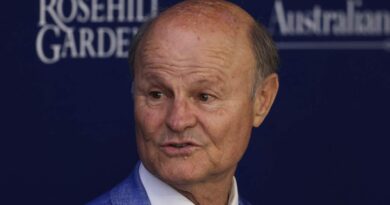