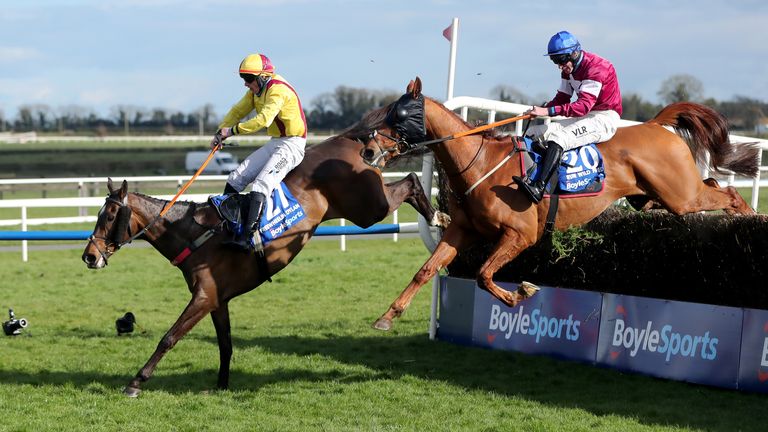 Dermot McLoughlin has his eyes on Aintree next year after Freewheelin Dylan’s shock 150-1 victory in the BoyleSports Irish Grand National at Fairyhouse.

The County Meath trainer, whose stables at Bodeen are just thee miles from the racecourse, will work back from the 2022 Randox Grand National with the nine-year-old.

It will not be the first time McLoughlin has targeted the Aintree spectacular, as he saddled Vics Canvas to finish third behind Rule The World at 100-1 in 2016.

Freewheelin Dylan was the joint complete outsider in the 28-runner field – but belied his enormous odds when making most of the running under Ricky Doyle to beat Run Wild Fred by a length and a quarter.

Not only did McLoughlin’s biggest training success came at his local track, but it was in a race his father, Liam, won as a jockey in 1962.

“It was fairytale stuff, it’s great,” he said.

Yet it was work as normal on Tuesday.

“We were back at work today so we’ve come back down to earth pretty quick,” he went on.

“The horse is grand, not a bother on him.

“We’ll be over for the Grand National next year and we’ll work back from there.

“We might run again this season, maybe at Punchestown. He picked up €216,000 yesterday so he doesn’t have to go too far. We’ll see how he is.”

Ayr meeting on Tuesday abandoned because of waterlogging 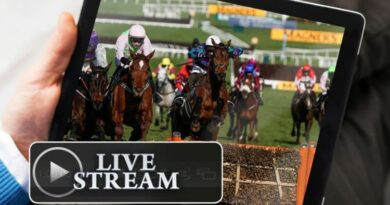 Cheltenham 2021 LIVE stream: How to watch the Cheltenham Festival 2021 live for FREE