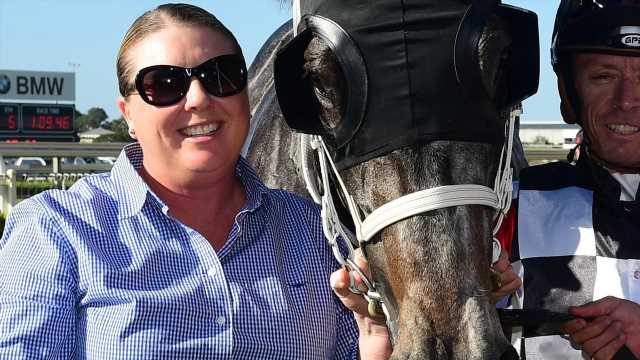 A fundraiser has been launched for Beaudesert trainer Darleen Duryea who has serious spinal injuries and bleeding on the brain after a trackwork fall last weekend.

The horse Duryea was riding broke its shoulder and collapsed and landed on top of her, breaking her back in the impact.

The seriously injured trainer was flown to a Brisbane hospital spinal unit and she underwent a six-hour spinal operation and was in an induced coma for the next several days.

The Queensland branch of the Australian Trainers’ Association reports she is now conscious and doctors are confident the bleed on her brain is under control and she will have no long-term concerns from that.

However Duryea has no movement or feeling in her lower body and she will remain in hospital for the next three to six months with “the prognosis of any improvement in the lower body highly unlikely.”

The ATA says “the road ahead for Darleen is going to a be a mighty struggle, physically emotionally and financially.”

The ATA through its National Trainers Trust has launched a fundraiser for Duryea with an initial deposit of $10,000.

They are calling for support from the racing industry and others to get behind the fundraiser and offer support to Duryea and her young son Liam.

Donations can be made through the Licensee Assistance Association Inc, BSB 484-799, Acc 0843 33357 (put your name and phone number in the reference details).

‘She could be six from six’: owner confident Rubisaki can measure up

Tolworth target for Hang In There