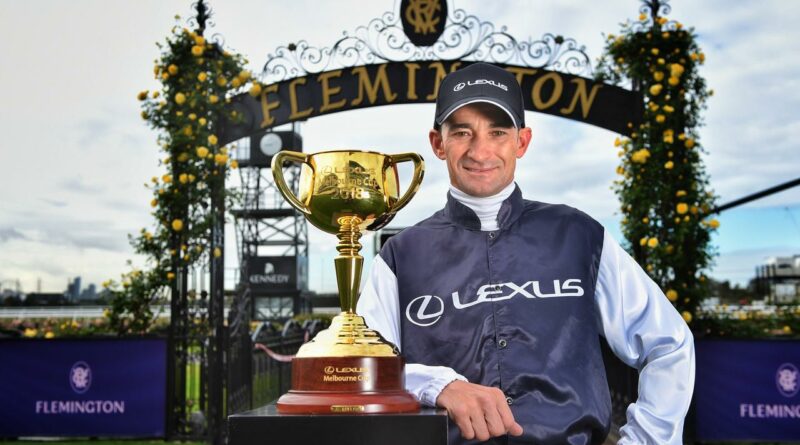 On Monday, Wingham’s proudest son is the honoured guest at Taree’s annual Wingham Cup meeting, which will finish with the sought-after Corey Brown Cup.

No one wants to win those races more than Glen Milligan, whose friendship with Brown goes back to the very beginning.

“Corey’s first winner was a horse called Another Square at Kempsey for my great Aunty May (Mavis Dodd), who Uncle Bobby used to train,’’ Milligan said.

Dodd passed away aged 97 last month after a life of passion and service to the sport she loved.

“May was a life member of the race club here and secretary of the Krambach Race Club for a very long time so she was a big loss to us.

“Corey came up for the funeral service here last Wednesday so he never forgot her,’’ Milligan said.

The Milligans are represented in the Wingham Cup (1600m) by Texas Storm, and then Dr Demon in the Corey Brown Cup (1000m).

The gelding is a direct descendant of 1945 Melbourne Cup winner Rainbird but has not yet won past 1412m himself.

“He’s had three goes at it and hasn’t run a place but he is racing more genuine this time in. Before, he had been a bit hit and miss.

“He had a tough run in the 1400m Country Cup at Scone, three-deep the trip the other day, and I thought he peaked on his run 50m out. But like Kathy (O’Hara) said, he covered plenty of ground.

“So it is just the question mark as to whether he will get the mile but if he does it will be at Taree.’’

His last two wins were at the venue after his Newcastle Newmarket tilt when he finished third, two lengths behind the runner-up and subsequent Doncaster Mile winner Cascadian.

“Ash Morgan has only had the two rides on him for two wins so he has the key to him,’’ Milligan said.

Dr Demon has the numbers to win the Corey Brown Cup given he has raced three times over the Taree 1000m and won two of them.

The grandson of Redoute’s Choice beat one home at Newcastle on May 22 but could well have been on the worst part of the track.

“And 1300m is plenty far enough for him,’’ Milligan said. “There were no races about so we had to give him a hitout to keep ticking him over. He always runs well at Taree.’’