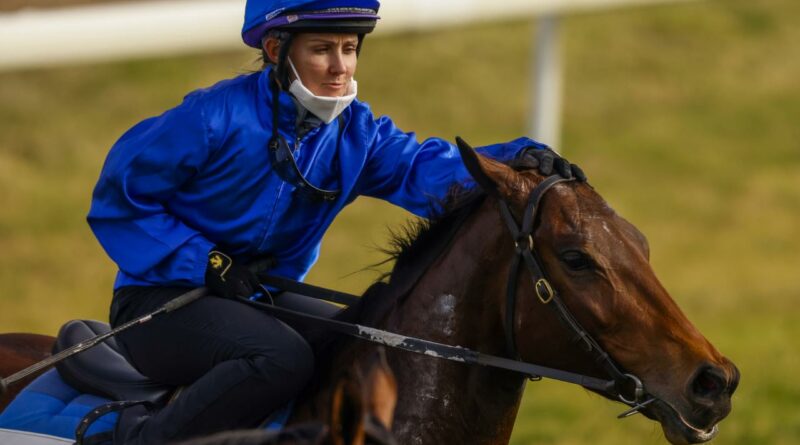 The early spring signs are full of promise for Godolphin star Colette with jockey Rachel King confident the Golden Eagle winner is going ‘as well as ever’ following her barrier hit out at Hawkesbury on Monday.

Colette was among a list of big name Godolphin talent to step out on a busy morning with the likes of Doncaster Mile winner Cascadian as well as Golden Rose contenders Ingratiating and Paulele all lining up.

King had Colette in cruise control in her 800m heat, keeping the Group 1 winner widest on the turn before coasting home to finish sixth, just over three lengths off the winner Rebukes.

“She feels like she has come back in really good order,” King, who partnered Colette to win the Group 2 Apollo Stakes in the autumn, said.

“She is always pretty fresh and full of herself in her first trial back so that‘s pretty standard for her but the feeling she gave me, she is as well as ever.

“That last preparation she was really full of confidence and I think she has bounced out of that nicely.”

The hit out is likely to be the first of two trials for Colette with a Group 1 return date set down for late August.

Colette (far right) makes her run down the outside at Hawkesbury. Photo: Mark Evans/Getty ImagesSource:Getty Images

Colette is $8 with TAB for the Winx Stakes and $11 for the Memsie Stakes.

King piloted another Godolphin Group 1 winner in the following trial when linking up with rising eight-year-old Best Of Days.

The veteran campaigner wasn’t knocked around in an 800m hit out when finishing sixth, wedged between Godolphin stablemates Criaderas and Cascadian.

“He has come back good after having a bit of time out after the Doncaster,” King said.

“It was good to see him bounce back. He’s getting a bit older now but looks to have come back well.”

Other notable trial performers for King included two-year-olds Naples and Picarones with both winning their respective heats.

Picarones has been nominated for Saturday’s 2YO Handicap at Rosehill and was a comfortable 1-1/4 length winner of his 800m heat.

“He is a lovely horse that was just having his last gallop for Saturday. He was very good,” King said. 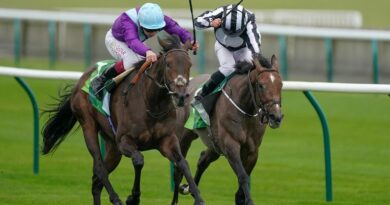 Return to Newmarket on agenda for Miss Amulet