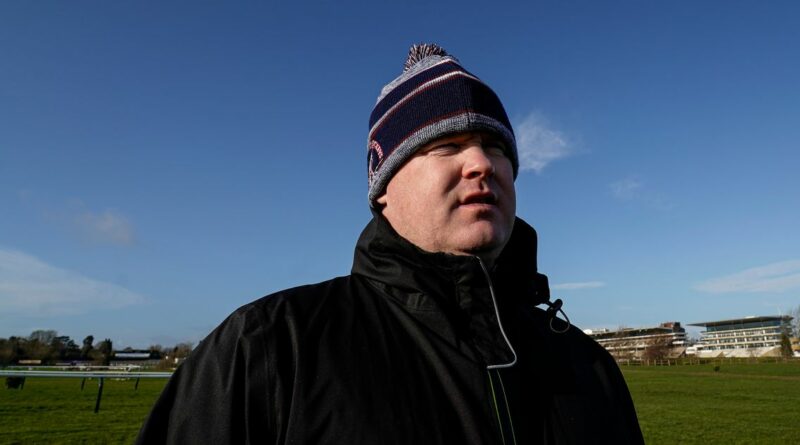 Eddie O'Leary says Gordon Elliott will return “bigger and better” when the ban that threatened to derail the three-time Grand National winner’s career comes to an end.

Racing was plunged into controversy when a photograph of Elliott sitting astride a dead horse on the gallops of his Cullentra House stable in Co Meath was published on social media last February.

The 43-year-old, who saddled Silver Birch (2007) and Tiger Roll (2018 and 2019) to victory at Aintree glory – Elliott also captured the Cheltenham Gold Cup with Don Cossack in 2016 – received a one-year suspension, of which six months were suspended, from an Irish Horseracing Regulatory Board disciplinary hearing the following month.

Elliott will this Thursday be eligible to make entries for Punchestown’s Flat card on September 14, and principal owner Michael O’Leary’s brother and racing manager Eddie said: “He’s done his time and he’s behaved exemplary through it.

“He’s learned a lot and he will come back bigger and better. He has changed in an awful lot of ways.”

While the Cheveley Park Stud and the Simon Munir-Isaac Souede partnership chose to remove their horses from Cullentra House, the O’Learys – the deceased thoroughbred, identified as Morgan, raced in the colours of the Gigginstown House Stud – gave Elliott their public backing.

“This was never a welfare issue – this was a stupidity issue – and Gordon has done exactly as he said he would do,” added Eddie O’Leary.

A spokesperson for the IHRB said: “Following a meeting with the licensing committee last month, Gordon Elliott is free to make entries from September 9."

In a reaction to the picture, top owners Cheveley Park Stud removed their horses from Elliott's stables in March, including the then unbeaten superstar Envoi Allen.

Later that month, two members of the group, Sir Gerhard and Quilixios raced to victory at the Cheltenham Festival.

Both had top jockey Rachael Blackmore in the saddle, who added the Grand National to her list of achievements in the same season.

Cheveley Park's managing director Chris Richardson suggested to Sky Sports Racing that the smart performers will be staying with their current trainers.

"Willie Mullins and Henry de Bromhead have shown that they can train these horses as well as anybody," he said.

"We look forward to them continuing to run and in their management."

Elliott previously told the Racing Post that it was tough losing many of his star horses at the time.

"That was the lowest point throughout it all," he said.

"I had worked very hard to source those horses, and then they were gone. Just like that.