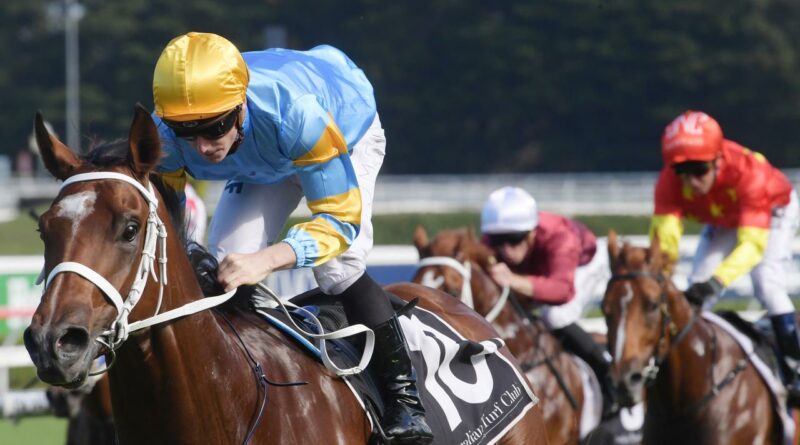 The Easter Monday meeting has attracted strong fields but there is rain around and with the rail out eight metres on what could be a heavy track, horses that can sit off the speed but in the front half of the field will be advantaged.

Some very ordinary ones here but I AM A BEAUTY (3) ran on to place in much stronger company last start behind Abracadazzle. She has good form on rain affected ground and from gate one with Jaden Lloyd’s 3kg claim just has to repeat to win.

ISABELLA’S SPRING (2) has burnt the punters on numerous occasions but was runner-up to the useful Deep Scieva last start and with Alan Chau staying on that form keeps her under notice.

MARTO (10) is yet to place in eight outings but hasn‘t been far away at his past couple and this distance may suit. Desleigh Forster has given him plenty of time and he won’t find one much weaker.

DOUBLES CHOICE (1) has the least convictions and placed at Toowoomba last start. This distance will suit and with Sean Cormack could make his presence felt.

VIENNA EMPRESS (10) ran bold races in both the Prelude and QTIS Jewel on rain-affected ground and that form has held up. This is much easier and whilst she will get back has the form on the board. There will be speed in the race and a good ride from Luke Tarrant can get her home.

ALERT AND READY (5) loves to find trouble but has been racing in much stronger company than this and was sharpened by a recent trial at Toowoomba. With Madeleine Wishart’s 3kg claim she is well placed and just needs to jump cleanly and stay out of strife to be in the finish.

SATURDAY SINNER (3) found Saturday class too tough last start but just missed at his previous start. The wider gate may lead to a more patient ride by Jim Orman and can have him in the finish.

The Steve O’Dea and Matt Hoysted-trained VANTAN EXPRESS (4) has shown up at his two trials and with Baylee Nothdurft riding from gate three can debut well.

Betting Strategy: Trusting the Jewel form and having one unit on VIENNA EMPRESS (10) to win

Tony Gollan has two runners but neither are well drawn. NICCI’S SPIRIT (9) has been finding it hard to win this prep but this is easier than Saturday grade. Her only win was at this trip and Robbie Fradd may be able to get her to produce her best.

The stablemate HOWDY ANGEL (7) has been freshened and might want longer but shows promise winning two of three outings. A moderate tempo may not suit but she has a win on soft ground and will run on for Michael Rodd.

BACK WHEN (8) hasn‘t been far away in Saturday class at Eagle Farm at his past two outings. The drop back in trip suits and with Ryan Wiggins on top he will get a good run from gate two.

LINTHORPE LAD (3) is fit and rarely runs poorly. From the good gate with Madelene Wishart’s 3kg claim he could go forward and control the race.

Betting Strategy: Not for me

XERRI (2) had been a disappointment for the Edmonds stable but gelding has turned him around and he resumed with a strong win in a Class 1 over 1000m on soft ground at the Sunshine Coast. He has always shown promise and Class 2 should be well within his capabilities. Robbie Fradd takes the mount and XERRI (2) can take another step through the classes.

STILL REIGNING (11) bolted in at Sunshine Coast when winning a maiden over 1000m at his first start for David Vandyke. This is much harder but Steph Thornton with only 54kg will go forward from gate four and the stable cannot be ignored.

ALL TO DO (1) is resuming, he has only won twice in 12 outings but rarely runs poorly and can perform fresh.

CLAIRVUE STAR (4) only battled on the heavy ground last start, a firmer track could see improvement.

Betting Strategy: Cannot choose between XERRI (2) and STILL REIGNING (11) so will just watch

I am having a speculative wager on CHEVYCHASER (1) which wasn‘t far away in a Saturday Class 3 last start. Now having his fourth start for Brian Smith, he has followed the time-honoured strategy of dropping them back in grade over a suitable trip. CHEVYCHASER (1) he gets things to his liking here, Jim Orman stays on and he will be strong late.

RELOADED (3) disappointed when long odds-on favourite last start but as a multiple black-type placegetter is tossed in under plate conditions. He is worth another chance on a firmer surface but if the track is heavy, I would look elsewhere.

THE CHOSEN ONE (4) is another that hasn‘t lived up to his earlier promise but he placed here three starts back and will get a good ride from Michael Rodd.

NORTHERN WOODS (2) has been racing consistently since joining Chris Munce and with Justin Huxtable can go forward, make his own luck and be the one they have to pass.

I can’t ignore David Vandyke and ORBISYN (11) was dominant on debut over 1110m. This is not a strong field, he drops 1.5kg and with Ryan Maloney he can overcome the gate. ORBISYN (11) has upside and should be too good for these.

FRUSTRATED (4) is well placed in this class with 3kg claim and good gate. He has been thereabouts at recent outings and could knock in his first win since returning from Hong Kong.

ROCK AMORE (3) resumes after changing stables. He is now with Tony Gollan, Michael Rodd rides and his NSW form is up to this. Watch for support.

KEEP ON LOVING YOU (8) racing well at Toowoomba and is not out of it with Noel Callow looking to make an early impression in his Queensland stint.

David Vandyke drops IAMICAN (4) back to a Benchmark 65 after just missing in Saturday grade last start. She is suited by this trip and with the 3kg claim for Madeleine Wishart will be near the speed and hard to pass.

RHYME TIME (2) was dominant when resuming at Sunshine Coast on a heavy track. This is harder but the 2kg claim for Adin Thompson and gate one will have her in the box seat throughout.

ENTERPRISE KEREN (8) has been in good form. She is well placed with Justin Huxtable’s 1.5kg claim and gate four.

Betting Strategy: Another Vandyke success expected but be wary if the track gets in the heavy range

TESARC (5) has been racing at Eagle Farm in Saturday grade and wasn’t far away in an Open Handicap last outing despite rearing as the gates opened and losing ground. Mark Currie has dropped him back to an easier grade and with a 3kg claim for Nathan Fazackerley is well placed. With a good steer from gate six TESARC (5) will be hard to hold out.

DIA D’ORO (4) fought hard on the heavy track at Gold Coast and won here three starts back over this trip. With Michael Cahill he can get in the finish.

AMICITIA (8) was fancied at the Gold Coast but never gave a yelp on the heavy track, she may get the same conditions here but this is easier grade and now third-up with Ryan Maloney can be strong late.

CANAPES (1) is also third-up, coming off an Ipswich win and with a 3kg claim for Wendy Peel may get heavy conditions to his liking. Keep safe.

ALL IMPORTANT (6) loves this track and with Michael Rodd can go forward and be the one they have to run down.

Betting Strategy: Too hard, going wide in the quaddie 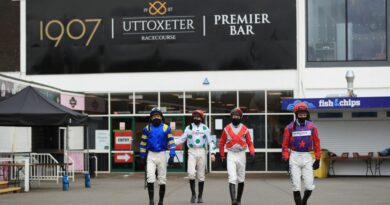