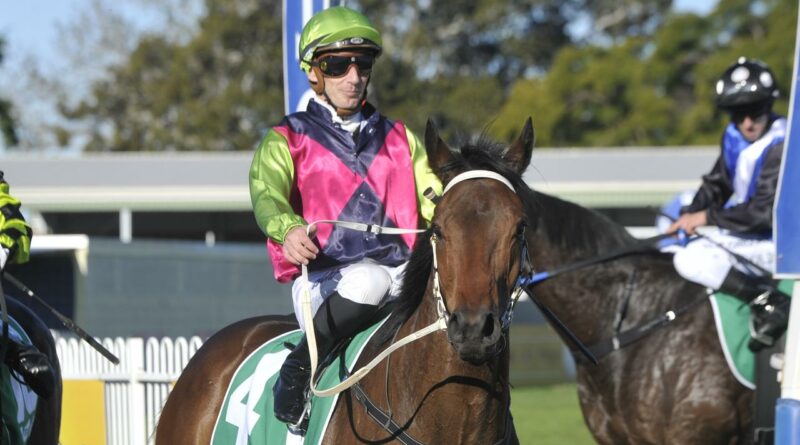 Is the record of Bugalugs at Grafton being respected enough heading into Sunday’s Maclean Cup?

The five-year-old’s record at his home track is fantastic (9:4-3-2) but is rated a double-figure odds hope in the feature, despite having never missed a top three finish at the circuit.

Trainer John Shelton has him set for a race he’s already won twice. But he knows that Bugalugs can’t rely on his supreme home track record to get the job done.

He’ll have to peak to win.

“My bloke is a $12 chance so that shows you what sort of race it is.

“He loves racing at Grafton and I don’t think he’s missed a place there so you could say he’s a track specialist.”

Three of his eight wins have come on rain-affected ground which will be likely today on the NSW north coast.

Shelton just doesn’t want the conditions to make it impossible for his horse with 60.5kg on his back under Ben Looker, who knows him well.

“There’s a bit of rain up here and he handles the soft but I don’t think I’d want it to get to a Heavy 10 which it shouldn’t,” Shelton said.

“I’d lose a bit of confidence if it was a bog. One day he went on a real heavy track and didn’t go so good.

“He’s got a big weight too which isn’t ideal on a Heavy 10 but the forecast is for only five to 10mm.

“It was pretty dry on Thursday.”

Looker rode Bugalugs into third in the John Carlton Cup last start behind Northern Knight, who he’ll have to beat home to get the win.

He’s got barrier 13 but that’s not seen as a negative, especially in today’s trying conditions which should see the inside part of the track cut up by the seventh race.

“He ran well last time from a wide gate off a freshen up,” Shelton said.

“He’s a big, grouse sort of a horse and they ran along pretty well and he went well.

“It works a bit more in our way this time (weight-wise) but ­Northern Knight still one of the hardest to beat.

“I’d rather draw out there than one or two.

“Benny Looker rides him and he said he’s rather ride him out of eight or nine than one or two because you’ve to boot up and hold your spot.

“When you draw wider you can take your time more in getting across so I’m not that worried about the draw.”

He ran sixth on debut at Coffs Harbour seven weeks ago and he’s trialled up since.

“He’s a lovely horse and is a big, strong fella,” Shelton said.

“He’s drawn a terrible gate (14) but I think he’ll handle the wet so it might not be so bad drawing so wide. I’m still working him out but he’s got a bit of speed if you want to give him a boot so he’ll probably go forward.”

He’s seven but in top form and is off a charging win in the John Carlton Cup. Gets all the favours today from the gate (4), unlike some of his main rivals.

Got a little tired late first-up and will take plenty out of that run, which came off no trial. This is a weak maiden so it’s his to win.

Having her first run so there’s natural doubts, but on her trial form she looks promising and is with a leading stable.

Michael Costa has had a ripper Grafton carnival and can end it on a high with the likes of Devine Factor, Morethannumberone, Getyourgreyon and The Catch.

Andrew Mallyon has a great book and his ride on favourite Galaxy Belle, from a wide gate, will be key in the sixth. He rides for Michael Costa in most of the other races so expect a good day out.

A 3120m race to kick things off. Marecat drops way back in grade after being no match for them in the Group 3 Tatt’s Cup. How many go from a Group 3 back to a country Benchmark 58? She should go close. Nature Boy won by more than five lengths here last start over 2217m so it will be interesting to see how well he stays. Perhaps Chapal can figure, but it’s hard to get excited about anyone. Maybe trust the one dropping back from Group company.

Our Little Louie just tired a little late when first-up off a 16-week spell without a trial, so expect a much better run from a good enough gate in a very weak maiden race. Calcareous didn’t quite cut it in Queensland but that doesn’t mean new trainer Lauren Abbott can’t find a win for him in the northern NSW bush scene. Bonchevo has also been away for a while but showed more promise than most rivals in his only two runs.

Bet: Our Little Louie to win.

Whitsunday Star isn’t the biggest horse going around today but looked ultra-impressive in a trial when third and under a very tight hold. We find out what’s under the bonnet today. Inari Fox was pipped last start but wasn’t weakening on the line and was carrying more weight than the winner. Catch A Thought was only getting warm late in a 1200m race six weeks ago and drops back 1100m today. She’s been well backed at her only two runs, so owes the punters one here.

Le Figaro would’ve won last start at Ballina had she not had to cover extra ground as the winner went up the inside. She’s been pretty consistent and another win is coming but she’ll need luck from a wide draw. Hopefully during this preparation Devine Factor can string some races together after a stop-start period of her career. She’ll be much better for the run last time. Bay Of Dragons has a wide gate which will see her start overs off her last run and she’ll push forward and try and take bad luck out of the equation.

They’re backing new trainer Michael Costa to get the best out of Morethannumberone, who debuts for the stable from barrier 12. He’s been good at the provincials in Sydney and has trialled up well enough to be winning this. Dorset Coast and Mick The Hat look good chances also but the latter is better odds. Pride Of Pyingerra has put two wins together in lesser grade but gets the gate to be in his ideal on-speed spot in the run, to give him a chance to step up.

Galaxy Belle is looking for her first win after three-straight placings this time in and she’s bred to enjoy getting out to 1700m. If she can find a good spot from an awkward draw she should finish over the top of them. Lookonchina looks her toughest opponent but also has drawn wide. He likes to be positive and should try to cross them to lead. It might make him vulnerable late. Sanchez will handle the wet ground and is building towards a big run.

Northern Knight is a seven-year-old but has only had 24 runs and is in form after winning the John Carlton Cup. He handles wet ground and will get the gun run. Getyourgreyon brings good enough Queensland form to be in the market, and a heavy track won’t hurt. Bugalugs is the track specialist and gets a 2kg weight relief on Northern Knight, who beat him late last start.

The Catch has had two good runs over 1400m, including a win, to prepare for this 1700m assignment. His record isn’t great but he’s in the right part of the country to improve on it and get and cushy run in transit from the gate. Zavy’s Hope likes racing here and has been a model of consistency of late but it’s hard to win over 1700m with 61.5kg. Allares hasn’t been far off winning at her past two and just needs to handle the wet ground to be in the finish again.

Race-by-race preview and tips for Nowra on Sunday 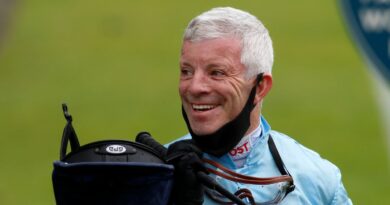