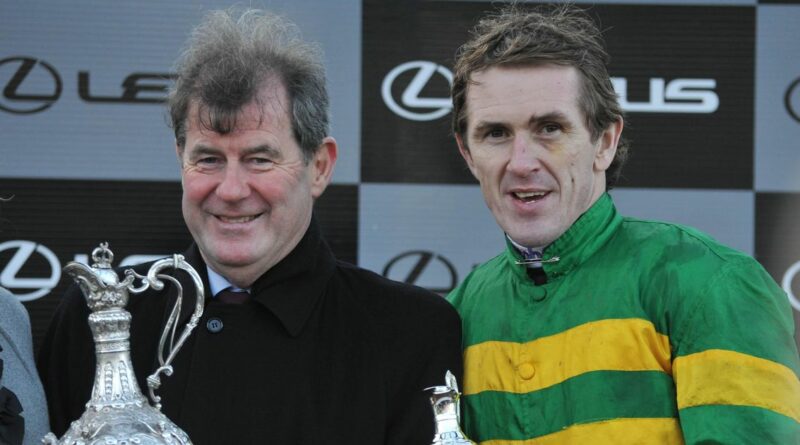 Don't Push It raced to victory in 2010, giving 'JP', trainer Jonjo O'Neill and jockey AP McCoy a first triumph after many attempts.

In 2019, the last National to be run before the coronavirus pandemic, 4-1 favourite Tiger Roll claimed historic back-to-back wins.

Cloth Cap is expected to go off at similar odds this year, but two of the McManus runners, Any Second Now and Minella Times are right behind him in the betting.

Don't Push It was backed in from 20/1 to 10/1 on the day of the race – and Paddy Power said it was "probably the worst ever National result."

Here we focus on McManus' seven National runners and rate their chances for another famous win..

Last seen when winning the Grade 2 Webster Cup Chase at Navan by ten lengths, the National has been the target for the Ted Walsh-trained horse all season.

Very capable on his day, he took the Kim Muir at the 2019 Cheltenham Festival over 3m 2f, which gives optimism for the Aintree trip.

Versatile with regards to the ground, Walsh won the 2000 renewal with Papillon and this year's contender looks on a decent weight considering the manner of his last performance.

Minella Times will be very popular with punters as Rachael Blackmore takes the ride for trainer Henry de Bromhead – a duo who excelled at the Cheltenham Festival.

The top jockey hopes to become the first woman in her profession to win at Aintree and said the eight-year-old has a "very solid" profile.

However, he does have a few questions to answer regarding stamina, as the past ten winners had won over three miles or further.

Eight of those were rated between 148 and 160 – and Minella Times falls slightly short on 146.

Should give Blackmore a good spin if taking to the fences, but Any Second Now looks a stronger contender.

Fancied for this race last year, when a virtual contest was held instead, the nine-year-old comes here fresh after 126 days off the track.

He lost a shoe when second to Vieux Lion Rouge in the 2020 Becher Chase, when his jumping was good on the whole.

The trip will be no problem to him but the ground is probably too quick for him.

Fourth and fifth in the race previously, the 11-year-old enjoys the test that Aintree offers.

On both occasions he has not had the gear change to go with the leaders, keeping on in behind them.

Current form is the issue, as he was fifth of five runners in his warm-up race and last season was tailed off in a trip of Grade 1 contests.

Should run his game race however.

In good form this season, with wins at Aintree and Wetherby.

Whether he can stay this far is open to debate, as his best efforts have been up to three miles.

Likely to be held up for a late run, if he can keep up the gallop.

Progressive from a rating of 104, he posted an encouraging performance behind Acapella Bourgeois and Burrows Saint at Fairyhouse.

Much better off with them at the weights, he has the pace to figure given his early form over shorter trips and has shaped as though he will get further.

It's a step into the unknown and his price reflects that.

Nicky Henderson has not won this race yet, despite sending out 41 runners.

The lightly-raced 11-year-old has taken the runner-spot in the 2018 Albert Bartlett Novices’ Hurdle and won a Sky Bet Chase.

He has plenty of ability and should stay, however he was pulled up on his reappearance run which is the question mark.

VERDICT: Any Second Now should do best out of the McManus team, but don't discount The Long Mile at a big price for place purposes.