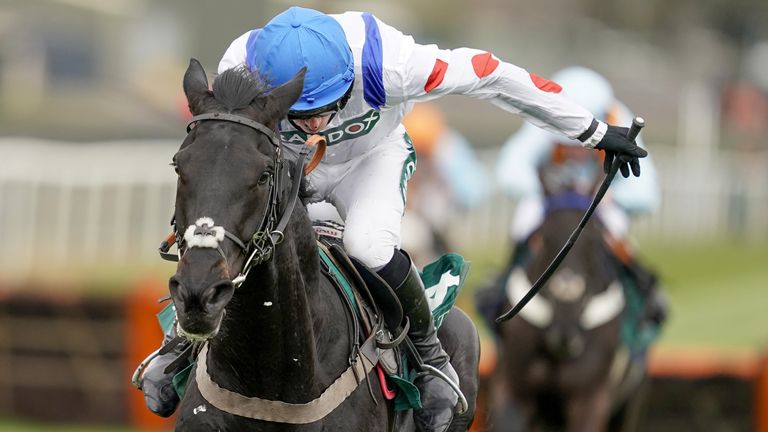 Cobden, stable jockey for multiple champion trainer Paul Nicholls, has passed the milestone at the age of 22 – having begun his career in 2015 when he rode two winners and a runner-up in his first three races.

Since then, he has made a remarkable rise through the ranks at a young age – registering his first Grade One success on Irving for Nicholls in the 2016 Fighting Fifth Hurdle at Newcastle.

Cobden was crowned champion conditional jockey at the end of the 2016/17 campaign, while the following year he landed his first Cheltenham Festival success aboard the Colin Tizzard-trained Kilbricken Storm in the Albert Bartlett Novices’ Hurdle.

Further career highlights to date include winning the 2018 King George VI Chase at Kempton aboard Nicholls’ Clan Des Obeaux – who also provided him with his most recent top-level victory in the Betway Bowl at Aintree in April.

He kept things simple on Tizzard’s Vision Des Flos, leading from an early stage in a field of just three for the Bresbet Foundation Handicap Chase and then seeing off the determined challenge of Zoffee in the straight to win by two and a quarter lengths as the 5-4 favourite.

Nicholls’ assistant Harry Derham was among those to voice their congratulations to Cobden.

Derham wrote on Twitter: “A brilliant achievement for a man as young as Harry to have ridden his 500th winner of his career at Uttoxeter today, I have no doubt there will be many many more to come.”

Form lines from near and far flow in to Riverina meeting