Home » Horse Racing » ‘He owes us nothing’: Prince of Arran’s race future in doubt 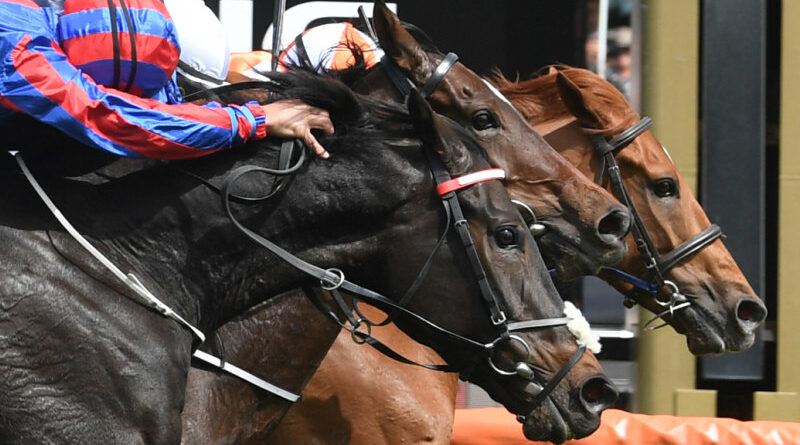 A huge cloud hangs over the future of one of Australia’s favourite gallopers, the ruling Melbourne Cup favourite Prince of Arran, after he put in a hugely disappointing run in Saudi Arabia over the weekend.

But the Australian owned, Irish-trained contender, True Self, an eight-year-old mare, advertised her claims as a Cup contender with a slashing win at the same Middle East meeting.

Prince of Arran, the globetrotting gelding who has placed in the past three Melbourne Cups, finished down the track in the $2 million Red Sea Turf Handicap at Riyadh despite being heavily backed – he started second favourite – and having the services of the world’s best known jockey, Frankie Dettori. 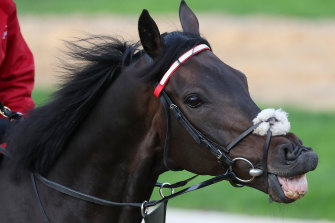 The son of Shirocco was slowly away and never really got into the contest, which the Saeed bin Suroor-trained outsider Gifts of Gold won under Pat Cosgrave – the combination that landed the 2019 Caulfield Cup with Best Solution.

The poor effort prompted Fellowes to take to Twitter, warning punters and those who are fans of his nine-year-old stable star to wait to hear on future plans.

“All plans on hold for PRINCE OF ARRAN for the time being after a 2nd very slow start in a row,” he tweeted. “He owes us absolutely nothing and we will take our time before making any further decisions on his future. He is safe and well after his race and flies back to England on Monday.”

Prince of Arran is an iron horse who has won nearly $2 million stake-money despite having won only six of his 47 starts.

He has always shown improved form when racing outside England, which is why this latest below par effort is causing some consternation.

A lot of his earnings have come from his efforts in Australia, where Newmarket-based Fellowes has often said he seems to grow an extra leg.

Last November he ran third, beaten less than a length by Twilight Payment, in the Melbourne Cup.
Prior to that he had been a close up fourth in the Caulfield Cup.

In 2019 he went down in a Melbourne Cup photo finish to Vow And Declare having won the Geelong Cup and run second in the Herbert Power Handicap in lead-up runs.

Bookmakers have installed Prince of Arran as favourite or second favourite in early long-range markets for this year’s Melbourne Cup.

Meanwhile, there was much brighter news for Melbourne-based Terry Henderson, boss of the OTI syndication group, whose game mare True Self picked up close to $1 million winning the Neom Turf Cup over 2100-metres at Riyadh.

True Self is trained by Irish maestro Willie Mullins and contributed to a first for Saudi Arabia as she was ridden by Britain’s top female rider, Hollie Doyle, who became the first woman to win a race at the Saudi Cup meeting. 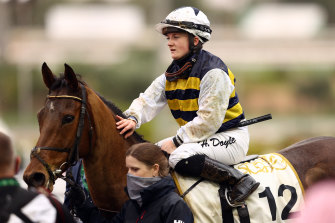 Hollie Doyle with True Self in Saudi Arabia. Credit:Getty Images

“That was quite exciting,” Henderson quipped when contacted on Sunday.

“She’s such an enigma really. She’s one of those horses, she was bought to go jumping and she has won over the sticks but she is pretty good on the flat too.

“We wondered if that distance might be a bit short but we also knew they would go a fast pace and that might make it more like a 2400m race.

“Hollie rode her well, I have been communicating with her via text during the lead-up.”

Plans for True Self are fluid but Henderson says that the long-range target will be a tilt at the Melbourne Cup, a race for which she has failed to make the field previously.

Her record at Flemington is terrific, however, as she has won the last two runnings of the Queen Elizabeth Stakes, a group 3 handicap over 2500m, and earlier in her life ran a close second to Prince of Arran in the Geelong Cup. 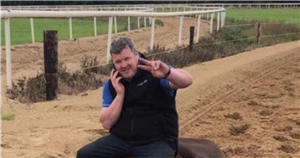 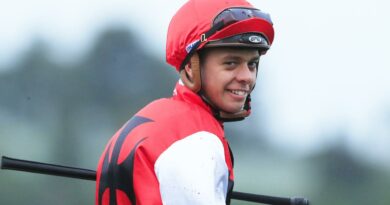