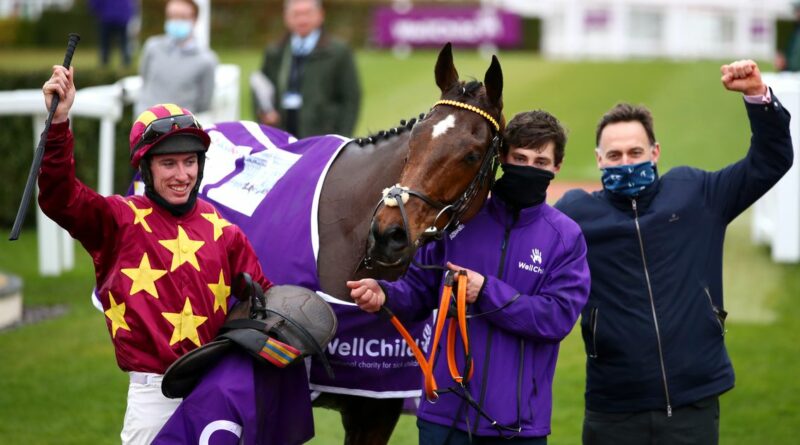 Minella Indo and A Plus Tard are in line to run at Punchestown and Aintree festivals respectively after giving Henry de Bromhead a dream result in the Cheltenham Gold Cup.

The Knockeen-based handler enjoyed a memorable few days at the Cheltenham Festival – becoming the first trainer to saddle the winner of the Unibet Champion Hurdle, Betway Queen Mother Champion Chase and WellChild Gold Cup in the same week.

Minella Indo then signed off the week in style when defeating better-fancied stablemate A Plus Tard in Friday's feature.

The winner could now bid to end his season with victory in the Punchestown Gold Cup on April 28.

"I look back at the Gold Cup with disbelief, to be honest," De Bromhead said on Racing TV's Luck on Sunday programme.

"I watched it back this morning and was kind of going 'this didn't happen' – Minella Indo kept staying and I'm not sure we've seen the half of him – he's so tough.

"I haven't really spoken to Barry [Maloney, owner] about plans, but Punchestown would be great if he seems good – I think we should strongly consider Punchestown."

Meanwhile, A Plus Tard ran an excellent race under the all-conquering Rachael Blackmore.

De Bromhead added he could head for the Betway Bowl at Aintree and also nominated next season's Betfair Chase at Haydock as a possible target.

He added: "The one question about A Plus Tard going into Cheltenham was he's got so much class, would he get the last two furlongs?

"But he really did, in fairness to him – and wouldn't he have been a very impressive winner if 'Indo' wasn't there?

"A Plus Tard's form is ridiculously better on left-handed tracks, so if he's well, we're considering Aintree for him.

"When you have two horses like that, you'd love to try to keep them apart as best you can."

The first of six winners for De Bromhead and Blackmore was the brilliant mare Honeysuckle.

The seven-year-old stretched her unbeaten record to 11 with a runaway success in the Champion Hurdle.

De Bromhead touched on the possibility of a career over fences, with a bid to emulate the great Dawn Run – the only horse to win a Champion Hurdle and a Gold Cup.

"But without wanting to tempt fate, she goes off loose every Sunday morning in our indoor school and she takes off and goes off jumping for sport."

During last week's festival, the trainer also struck gold with Put The Kettle On in the Champion Chase, Bob Olinger in the Ballymore, Telmesomethinggirl in the Mares Novices' Hurdle and Quilixios in the Triumph Hurdle.

He praised Blackmore's role in their success.

"She works hard and has had to work hard – she's a ten-year overnight success," De Bromhead said.

"She's had all the knocks – I know the feeling and you just have to work your way through it and try to step forward and not back.

"Rachael appreciates what it takes to be at the top of this game – she's brilliant to work with and has every race planned out.

"I thought some of her rides this week were brilliant – she's just a great rider and a great person." 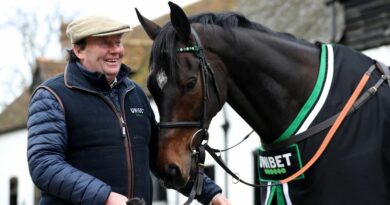 Gaby can produce that Loving feeling