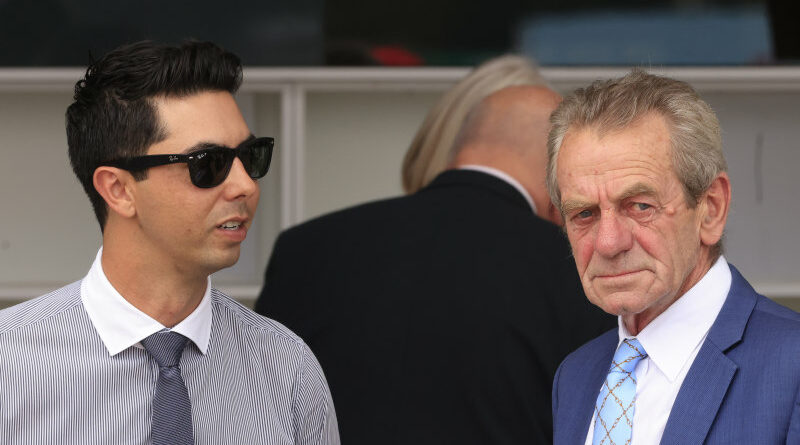 With one eye on Scone early next month, and potentially Queensland in the winter, a string of metropolitan stables unveil a group of exciting two-year-olds at Tuesday’s feature Hawkesbury meeting.

A Maiden Plate over 1000m at set weights looms as a real launchpad for various late-season two-year-old targets in NSW and Queensland. 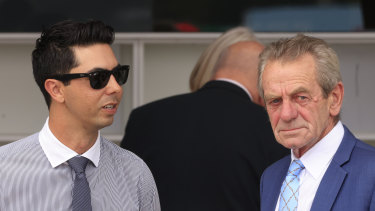 Sterling Alexiou and Gerald Ryan will send Captain Bond out at Hawkesbury.Credit:Getty

Heading the line-up is colt Captain Bond who makes his debut after winning both lead-up trials at Rosehill wearing the renowned colours of the Vieira family.

Trained by Gerald Ryan and Sterling Alexiou, and yet another one sired by 2016 Magic Millions and Golden Slipper winner Capitalist, Captain Bond was something of a bargain purchase at the 2021 Magic Millions Yearling Sale on the Gold Coast.

Drawn further out is the stunningly-bred Snowden-prepared colt Czar also on debut behind two recent trials, winning the latest.

A $300,000 purchase at the Inglis 2021 Easter Yearling Sales, Czar is by two-time Group 1-winning sprinter Russian Revolution and out of the Teofilo mare Museo who had only three starts in Europe.

Joining the debutant brigade is Written Tycoon gelding Long Tycoon who steps out for the Waterhouse-Bott yard after two solid recent trials.

Out of the Group 3-winning Redoute’s Choice mare Long Time Ago, Long Tycoon is expected to settle off the speed and run home hard.

Throw in Deep Field colt Fierce Legend having his first start off a forward trial, and the Annabel Neasham-trained I Am Invincible colt Compelling Truth who returns home after a close-up third on debut at Ballarat, and the mind boggles.

Meanwhile, speaking of fresh, unbeaten three-year-old This’llbetheone returns for a second prep for the John O’Shea stable in a Benchmark 64 Hcp (1300m) to close the meeting.

Having won both provincial starts last spring, and trialling very nicely, This’llbetheone will be earmarked for city targets, and potentially the Queensland carnival if he explodes back on the scene at Hawkesbury.

Winkers have been added and trial jockey Tommy Berry sticks solid for the real thing.