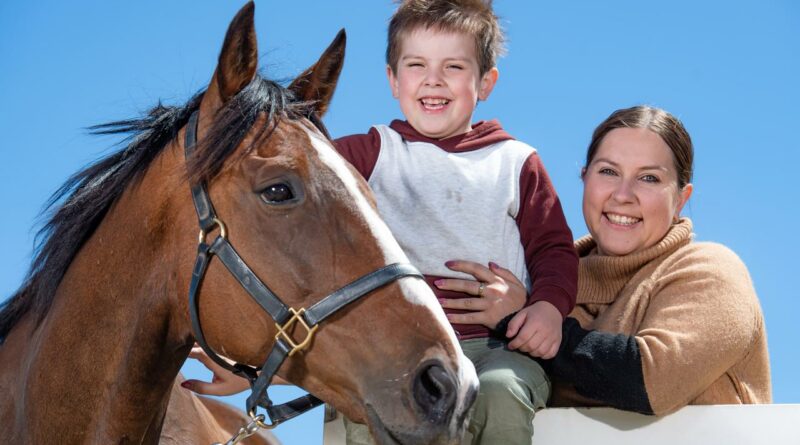 The All-Star Mile has been life changing for single mum Tegan Abercrombie and her five year-old-son, Tyler.

Last year she won $250,000 as a wildcard owner-ambassador in the $5 million race, and has since bought a new car and is on the hunt to purchase a home.

“I thought I had no chance and it’s still so surreal,’’ Ms Abercrombie, 28, said.

“A lot of people have seen me on Facebook and television and have asked how to get involved. I would tell everyone to do it and have a go.”

Voting is officially open to get a field of horses into the richest mile race in the world, with 83 racehorses from Australia and New Zealand vying for a spot in the March 13 race at The Valley.

The public vote decides the first 10 horses to win a spot in the race, with the remaining five places going to wildcard entrants.

Voters have the chance of becoming an honorary “owner” of their chosen horse if it’s selected in the race.

Once the top 10 horses have been revealed, a draw will be held to assign an owner-ambassador to each horse. Wildcard entrants will also be allocated honorary owners.

Ms Abercrombie was lucky enough to be drawn as the honorary owner of last year’s All-Star Mile winner Regal Power, who won a wildcard place in the race.

The honorary “owner” of the winning horse takes home the $250,000 first prize, with the remainder of the total $500,000 total prize pool to be split between other honorary owners. 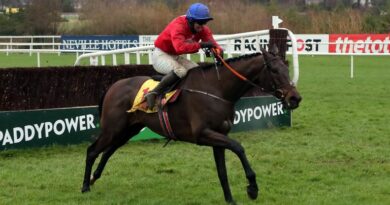 Rachael Blackmore set to partner A Plus Tard in Gold Cup