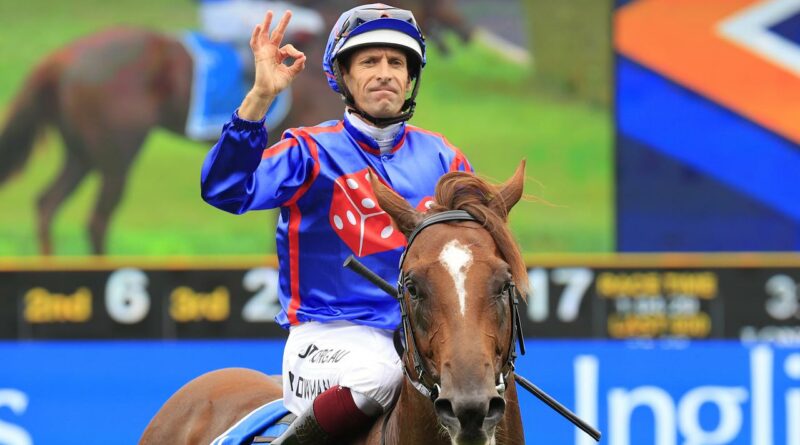 It’s indicative of these troubled times that champion jockey Hugh Bowman will be riding for a significant moment in Australian racing history before empty grandstands at Royal Randwick on Saturday.

Bowman has ridden 99 Group 1 winners during his celebrated career and can bring up his century on Cascadian in the $500,000 Winx Stakes (1400m).

This would put Bowman into elite company as only fellow Hall of Famers Damien Oliver, George Moore and Jim Cassidy have ridden 100 or more Group 1 winners in their riding careers.

But Sydney is in lockdown as it endures the latest Covid-19 outbreak and although racing is able to continue to operate there will be no one on track to witness Bowman’s attempt to join the century club.

It wasn’t that long ago when more than 43,000 race fans were trackside at Randwick to watch Bowman’s involvement in another historic moment in the sport, partnering Winx to her 33rd win in succession – which included a world record 25 at Group 1 level – in her farewell race, the 2019 Queen Elizabeth Stakes.

But the pandemic means there will be no one at the track to witness the milestone if Bowman wins on Cascadian.

There has also been little fanfare and scant acknowledgment this week of the champion jockey’s potentially momentous feat either by racing officials or the media but this is more a symptom of the sport’s inefficient record-keeping and the difficult times we are living in rather than ignorance.

Fortunately, there are passionate racing minds like turf historian Malcolm McLaren and Racing And Sports boss Gary Crispe who have compiled and maintained accurate racing data bases that can be used as a historical resource.

McLaren has recently revised and updated the riding records of the great Australian jockeys and has Damien Oliver as the most successful Group 1 jockey with 118 wins ahead of George Moore on 104, then Jim Cassidy on 98, Hugh Bowman on 94 and Roy Higgins with 90.

These figures are for Australian Group 1 wins only and Moore’s career tally swells considerably when his European big-race wins are included, while Cassidy brings up three figures with the addition of his New Zealand Group 1 wins.

Bowman has ridden another five Group 1 winners in Asia which has the jockey on the cusp of history at Royal Randwick on Saturday.

But Bowman revealed it was only after Winx retired that he started to believe riding 100 career Group 1 winners was an achievable goal.

“When I rode my first Group 1 winner (Defier in the 2004 Doomben Cup), winning 100 Group 1 races couldn’t have been further from my mind,’’ Bowman said.

“My dream when I started riding was to win a Group 1 race.

“Obviously, every jockey wants to win a Melbourne Cup and Golden Slipper, the Doncaster Mile and Cox Plate were high on the agenda, too.

“But I couldn’t have imagined all those years ago I would have gone on the journey I have, I’m very grateful.

“I didn’t even think about getting to 100 Group 1 wins, I’ll be honest with you, until Winx retired.’’

Bowman rode Winx to all 25 of her Group 1 wins so there is a certain synergy if the jockey can win the race named in honour of the great mare on Godolphin’s Cascadian on Saturday.

Cascadian, winner of the Doncaster Mile earlier this year, is at $10 in early TAB fixed odds betting behind Horse of the Year-elect Verry Elleegant at $2.90.

“But if it doesn’t happen then hopefully there will be other chances through the spring carnival.’’

When Bowman was asked to reminisce on his greatest Group 1 wins, not surprisingly Winx featured prominently.

“Winx’s first Cox Plate in 2015 certainly stands out for me,’’ Bowman said.

“Her win in the Doncaster (Mile, 2016) was also very special. I had always dreamed of winning a Doncaster, even when I started riding.

“So, to finally win that race on Winx was one of the most satisfying of my career.

“When I think about it, Winx had to carry a big weight to win the Doncaster in relation to the horses that usually win the race and that was a bit lost on me at the time.

“But upon reflection it just goes to show what a superior racehorse she was.

“Defier’s Doomben Cup remains a great moment for me because it was my first Group 1 – it was a long time ago now but it was very, very special of course.

Bowman continued his walk down memory lane and took understandable pride in recalling some of his achievements in the saddle.

“I’ve had a wonderful record on three-year-olds over the years, I’m not sure why that is, but I really like being a part of the development of these young horses,’’ Bowman said.

“They go from being immature, backward athletes and come into their own as three-year-olds.

“I think about my association with various horses like Samantha Miss – she won all four races in the Princess Series (2008) then won the Oaks in Melbourne.’’

The champion jockey’s record in weight-for-age races is also quite outstanding and he has the chance to equal the race riding record for the Winx (formerly Warwick) Stakes if he can win on Cascadian.

With a riding record already comparable to the champion jockeys of yesteryear, Bowman’s place in the pantheon of all-time greats is already secure.

But Bowman conceded he doesn’t reflect too often on his riding record as he has so much more he wants to achieve in the saddle.

“I don’t really look back on things even now, I’m always looking forward, looking for the next good horse,’’ he said.

“I’m not one of those people who takes for granted what I have achieved, I’m very appreciative. I’m also proud of the relationships I’ve had with owners and trainers in all different levels.

“There is still lots I’d like to achieve like winning an The Everest and Melbourne Cup, I would like to win another Golden Slipper and Cox Plate. 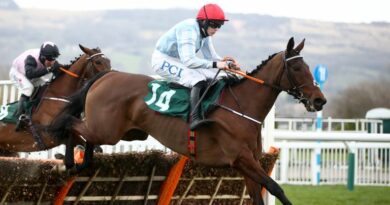 Telmesomethinggirl another for unstoppable Blackmore