Home » ‘It has just been sustained money’: TJ Smith plunge on Bivouac 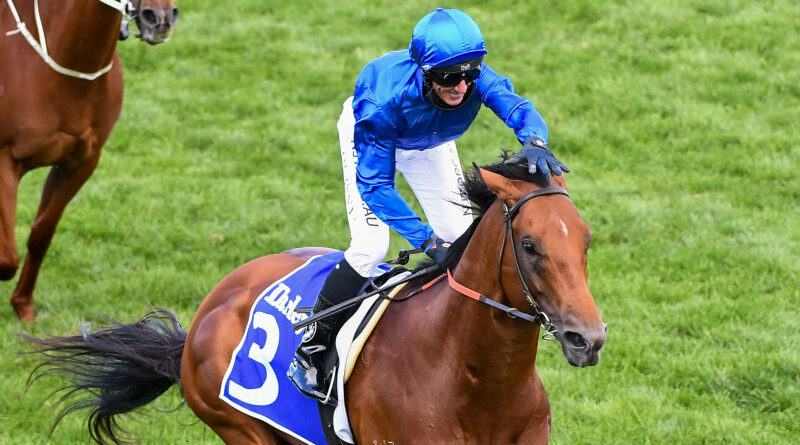 Godolphin star Bivouac is set to take over as the TJ Smith favourite as punters rallied to the three-time group 1 winner, which appears to have the perfect drop on Nature Strip and Eduardo at Randwick on Saturday.

Bivouac has been a beaten favourite in the Lightning Stakes and Canterbury Stakes at his two runs this autumn, but punters are still putting their faith in him. They have backed him from $6 to $3.90 since the final field was announced on Tuesday. 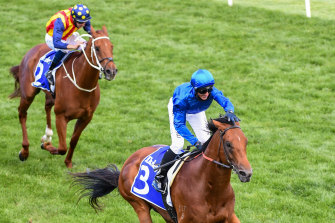 “It has just been sustained money for him and it’s not drying up,” TopSport’s Tristan Merlehan said.

“There are patterns with horses and he is one when they want to back him, they just don’t stop.

“It is the same with Nature Strip, usually the money comes early and keeps coming, but the trend is for Bivouac in the TJ.

“That’s not to forget Eduardo, which has the winning form, and I thought he could possibly challenge for favouritism but the money is saying Bivouac will be favourite.”

‘It is whether those two horses [Nature Strip and Eduardo] are taken on in front and will be vulnerable late, I think that is the hope for everyone that is going to be chasing them.’

Nature Strip retained his grip on the top of the market at $3.60 on Friday while Eduardo is solid at $4.60 in what is expected to be an epic contest.

James Cummings has made it clear this week he thinks Bivouac is at his best third-up. It’s the reason he gave him two runs into the TJ Smith.

“Three of his memorable, scintillating performances have come third-up from a spell and his Easter weekend trackwork suggests a jaw-dropping effort is on the cards,” Cummings said. “We simply couldn’t have him any better.

“Circumstances haven’t been ideal in his two runs this campaign, but the TJ Smith has been his bullseye.”

It sets up to be a classic 1200m, with a couple of speed horses in Nature Strip and Eduardo followed by stalkers hoping they overdo it. Bivouac is considered the best of the run-on brigade and should be camped behind the speed ready to strike in the straight.

While Chris Waller has the favourite in Nature Strip, it is interesting he continues to run three-year-old filly September Run in open company.

She is an $11 chance after being the Lightning Stakes runner-up to Nature Strip, down the track as favourite in the Newmarket Handicap and then beaten by the track bias when fourth to Masked Crusader in the William Reid Stakes.

September Run’s jockey Craig Williams is more confident getting to Randwick and 1200m, which will let her wind up and come with a late charge if the leaders get it wrong.

“They [Eduardo and Nature Strip] have the numbers that say they are the best sprinters in the land and I will be giving them a head start because of her run style,” Williams said.

“It is whether those two horses are taken on in front and will be vulnerable late, I think that is the hope for everyone that is going to be chasing them.”

September Run will look to become the fourth filly to win the TJ Smith. Williams believes she is coming off a career-best run.

“I thought her performance in the William Reid was as good a performance as she has put in. I think the Valley was against her run style and she did well to finish it off,” he said.

“I’m really happy to get Randwick with the dogleg 1200m, which gives her, her best chances of beating these really good sprinters.”

Why Glamour could be missing from Cup