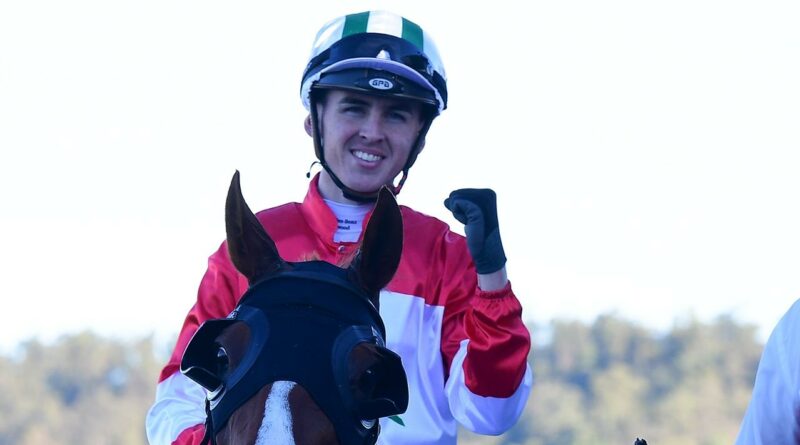 In-form Queensland rider Ben Thompson has been banned for four months for his part in an alleged horse identity concealment saga in Victoria.

Thompson pleaded guilty to two charges laid against him by stewards over his participation in an investigation into the hidden identity of the Francis Finnegan-trained No Frontiers ahead of her debut maiden win at Bairnsdale in May last year.

Thompson rode No Frontiers in a Cranbourne jumpout prior to her debut but the filly was listed by Finnegan as being Getemhel.

Jumpouts are not deemed official trials in Victoria.

Thompson’s first charge related to giving false or misleading evidence to stewards while the second charge pertained to misconduct which related to the removal of mobile phone evidence between him and Finnegan which could have been relevant to the inquiry.

Victorian Racing Tribunal Judge John Bowman penalised Thompson with a two-month suspension on both charges with his bans to be served cumulatively.

Thompson’s legal team alleged the jockey had not been told by Finnegan he was riding No Frontiers in the jumpout and it was only two days after he found out the true identity of his mount.

The VRT heard Thompson deleted text messages and contacts between him and Finnegan before he later made disclosures to stewards.

Judge Bowman said in handing down Thompson’s four-month ban: “These are serious offences and we consider them separate and deserving of separate penalties even though they involve the same horses, same jumpout and same race.

“There is misleading evidence given on May 3, 2020, there is then the subsequent deletion of the mobile phone material.

“It may be that you were somewhat flustered when interviewed on May 3, but the deletion of the phone material can scarcely be attributed to being flustered or confused.

“It has been said in previous cases of this nature, in the words of the stewards, it’s difficult enough without having to deal with wilfully false or misleading evidence, leading to the misconduct of the deletion of the material of the mobile phones.

Thompson, who has moved to Queensland and is currently sitting fourth in the Brisbane jockeys’ premiership race with 51 wins, has been contacted for comment.

Finnegan is yet to appear before the Victorian Racing Tribunal where he faces five charges.

Coolmore or paddock for Everest champ

Horse racing tips TODAY: Who to back at Thirsk, Chelmsford and Windsor 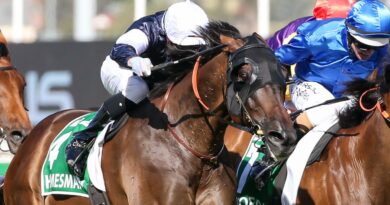 Q22: Anthony and Sam Freedman have three runners up against Zaaki