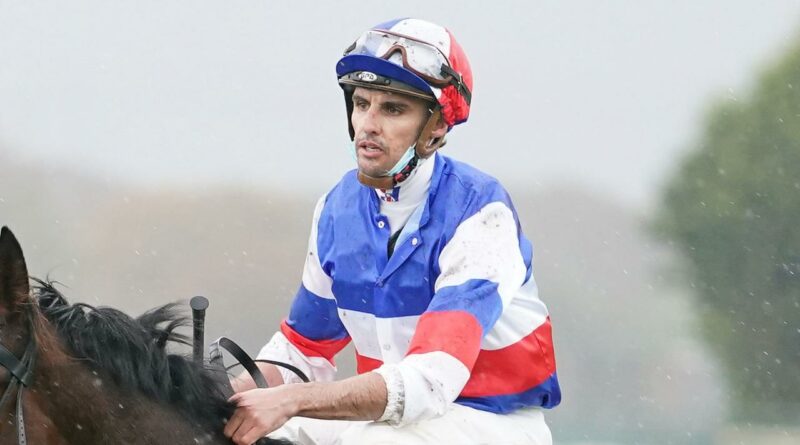 Top jockey Billy Egan has been slapped with a two-week ban for striking mount Wine O’Clock multiple times in the barriers at Sale on Wednesday.

Stewards found Egan struck the four-year-old five times with an open hand and once with a closed fist.

The ban, effective from midnight Sunday, will take in 14 meetings including four metropolitan cards.

His plea and record was taken into account when determining the sanction.

Despite playing up in the stalls, Wine O’Clock jumped cleanly out of the machine to take a midfield position but was under pressure approaching the home bend.

Egan was unable to offer explanation to stewards for his mount’s performance.

Egan had an otherwise successful day in the saddle at Sale, riding a winner, Slipintothis, and three minor placings from six rides.

Stewards took into account the totality of whip strikes (14) and that Stackhouse pleaded guilty after the winning ride.

Riders are permitted to strike a horse five times prior to the last 100m.

All-Star lure to coax Baster out of retirement