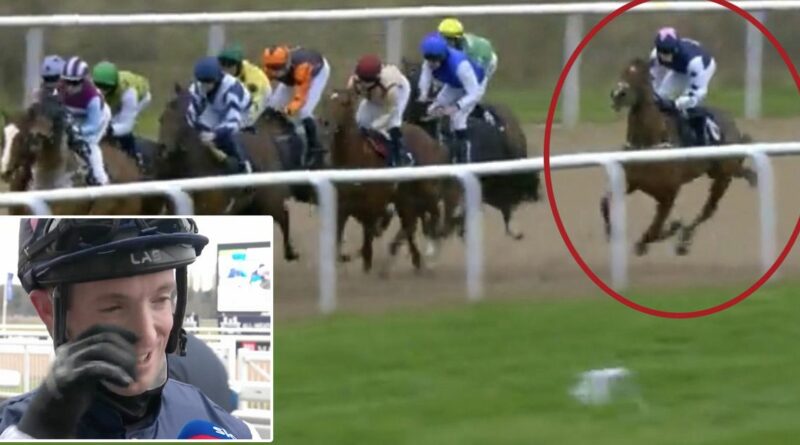 A jockey held back the tears after riding a miraculous 80-1 winner on his last day in the job.

Ciaran McKee emotionally bowed out after stunning punters with his effort aboard Macs Dilemma.

The rank outsider started like his odds suggested, breaking slowly from the stalls in the MansionBet Beaten By A Head Handicap.

Yet McKee, also head lad for the gelding's trainer John O'Shea, did not panic – despite being a couple of lengths behind the rest of the field.

As they rounded the home turn, the three-year-old was still last but travelling well as McKee plotted his route to challenge.

But the dream result nearly did not come off, as the gap between favourite Tell'em Nowt, ridden by Hollie Doyle and The First Hurrah seemed certain to close.

Fortunately McKee and Macs Dilemma were able to squeeze through in the nick of time – and delivered their telling late burst.

Post-race, the rider, who previously hung up his boots four years ago due to challenges with his weight, revealed plans to take a new role in the sport.

Macs Dilemma, a horse without a win or a place in seven runs beforehand, was his second winner of the year from less than 50 rides.

"I stopped riding in 2017, I got a little bit heavy for the Flat. I missed it a lot and I decided to come back into it," McKee said.

"I just ride for John (trainer of the horse), I'm employed as John's head lad. I ride on the Flat for him only, I have no agent or anything. I'm very grateful to pick up the rides.

"John has been a huge supporter of mine all the way through really.

"And this is my last day's racing. In the new year I'm joining the BHA to become a starter.

Racing fans sent their best wishes to McKee, who rode over jumps in the past, on social media.

"Wonderful fairytale ending for Ciaran. Couldn't hope to meet a nicer guy. Well done and best of luck in the new career!!" one said.

Grosvenor Sport is offering new customers £25 in free bets when you bet just £5 on horse racing!

Simply register, place a £5 bet on any horse race and you will be credited with 5 x £5 free bet tokens!

Another wrote: "Fair play to the lad. Well done."

While a third person added: "Aw bless. Good for him. Hope he enjoys his new role. x"

Macs Dilemma was one of several shock winners of late, with 125-1 shot Alchemystique featuring among them.

Earlier this month a punter won £281,000 from a £7 bet, which included the Steph Hollinshead-trained filly.

And back in October, Wigglesworth reached odds of 999-1 in-running before being galvanised for an unlikely win by Sam Twiston-Davies. 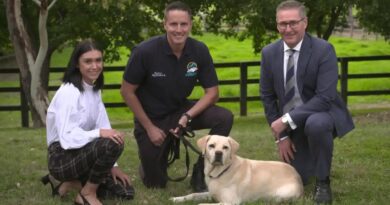