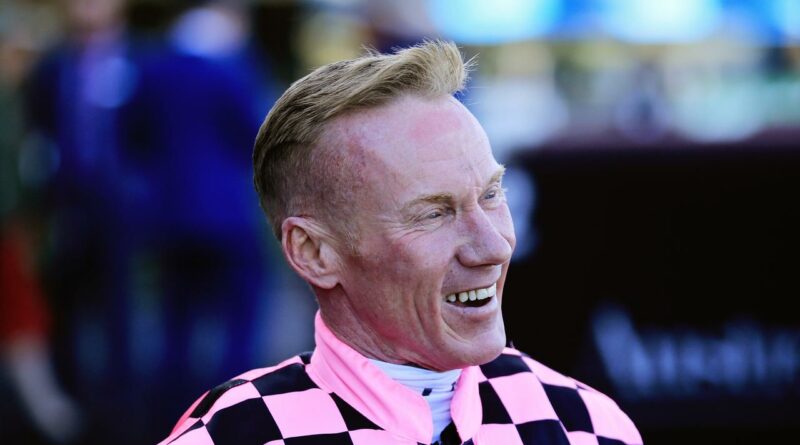 JIM Byrne will attempt to waste to his lowest weight in years as he attempt to secure the ride on Stradbroke Handicap fancy Apache Chase in a fortnight’s time.

Previously 85th in the order of entry, Apache Chase gets in with a featherweight 49.5 kg, however trainer Desleigh Forster confirmed she is willing to let Byrne ride 1kg overweight should he make it.

While many celebrate a big-race victory with an extravagant dinner, Byrne was starting his weight loss journey on Saturday night as he attempts to strip 3.5kg.

The veteran jockey is giving himself a week to see how he is going with the weight loss before confirming the ride.

“I will start trying to get the weight down. Once it starts coming off and the weight is down, I will know exactly where I am at,” he said.

“I don’t want to do the wrong thing by Desleigh, the stable or the connections. These guys have got a live chance in that race so I am not going to mess them around.

“I wouldn’t want to be around me for the next two weeks. I am getting around at 53.5 at the moment so I have to lose 3.5 to do it – it is something to think about.”

Renowned for his blistering speed, Byrne said Apache Chase would be a force to be reckoned with in a wide open Stradbroke.

With lightweights having a fantastic record in the race, Apache Chase fits the mold of recent winners.

“Horses that can run the times he can and then all of a sudden you put on a featherweight, they are dead set hard to catch,” Byrne said.

With Ayrton stalking him on Saturday, it looked for most of the straight that Apache Chase would get run down, but he continued to find under Byrne who has now ridden him in his last five starts.

It comes as Gytrash, Savatiano and Savatoxl were all found to be lame following the Group 1 Kingsford-Smith Cup on Saturday.

All three runners were subject to vet checks on Friday morning, but were passed fit by stewards.

As the two favourites in the market, both Gytrash and Savatiano finished back in the field while Savatoxl finished a respectable sixth.

Race-free days to increase as part of participant welfare initiative 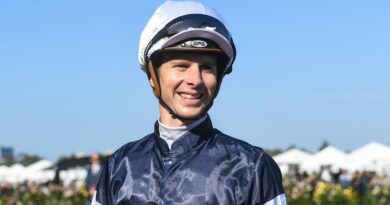 Inside running: Samadoubt put on ice