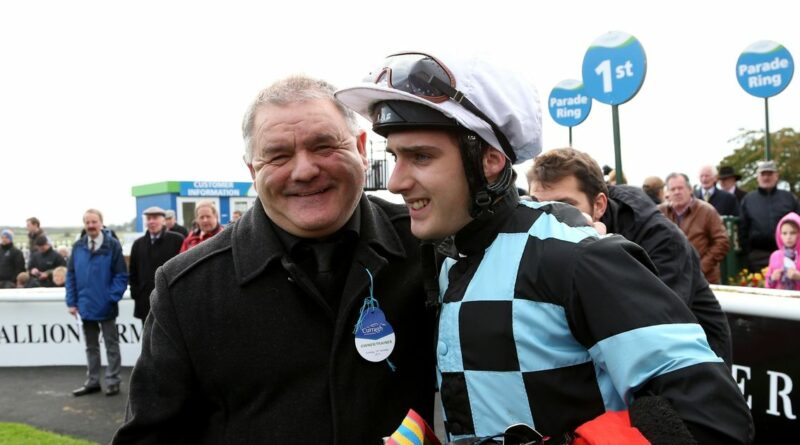 Robert Tart makes his race-riding comeback at Chester tomorrow after four years out of the saddle.

Tart quit the weighing room after a promising start to his career, which included a victory aboard the John Gosden-trained The Black Princess in the Group 2 Lancashire Oaks at Haydock Park in July 2017 and stablemate Cunco in Sandown Park’s Group 3 Classic Trial three months earlier.

“Anxiety and depression got in the way and I decided to take a step back,” said the 28-year-old, who partners Uber Cool for Jane Chapple-Hyam in the Mental Health UK Handicap on the Roodee.

“I’ve been working at Ed Peate’s pre-training yard in Newmarket – I really enjoy working with young horses and bringing them on – but I feel that I’m coming back stronger and I’m looking forward to Saturday.”

Uber Cool has been long absent from the racecourse himself, with a 959-day break to overcome. The six-time winner was last seen finishing ninth in the 2018 Cesarewitch won by the Willie Mullins-trained Low Sun.

Prior to that Uber Cool took the £20,000 feature race on the final day of the Great Yarmouth Eastern Festival under then 7lb claimer Ray Dawson.

In the intervening period, Uber Cool's handicap mark has dropped 5lb to 87.

Tart was aboard horse Stamford Raffles when he worked alongside Chapple-Hyam's Cazoo Oaks contender Saffron Beach earlier this week.

"Robert has been riding out for a little while now and he's a really good jockey," the Newmarket trainer said.

"He was working at the pre-training stable and his licence came through on Thursday.

"I will definitely be giving him plenty of rides this season."

Like Tart, jockeys Ryan Day and Lucy Barry spoke openly about their mental health when they both retired in recent days.

Day, 27, who rode Guitar Pete to win the 2017 Caspian Caviar Gold Cup, said the coronavirus pandemic made him focus on it and he decided to find other work.

After winning on Hawthorn Cottage at Warwick on Wednesday, Barry told how she had struggled with her weight after starting out on the Flat. Nottingham officials ruled Jason Watson was guilty of “failing to take all reasonable and permissible measures to ensure Noisy Night was given full opportunity to obtain the best possible placing” in a race on May 18.

Watson lost his appeal against a seven-day ban, which was reduced to five after the case was considered.

His mount, a two-year-old racecourse debutant, veered sharply leaving the stalls and lost many lengths.

Struthers said: "We are bitterly disappointed to have lost Jason’s appeal and struggle to understand the decision.

“We are concerned that the BHA and the judicial panel are applying the rules with their focus on integrity, in circumstances where in Jason’s case everyone agreed he acted in good faith.

"This was not a ride where integrity was an issue."

Against all odds, Waterhouse took on Sydney, and won