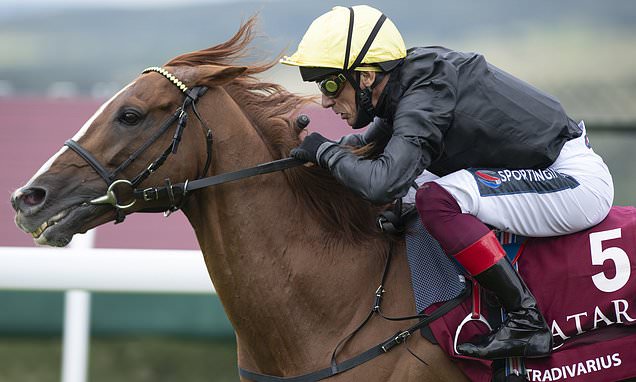 One final glorious day on the stage he has graced for the last five years or a step too far? That is the question with Stradivarius in the Ascot Gold Cup.

Even John Gosden, who trains the eight-year-old with son Thady, seems uncertain what to expect as Stradivarius attempts to equal Yeats’s record of four wins in the two-and-a-half-mile marathon.

After 33 races, 20 of them wins, Stradivarius still seems to retain his enthusiasm and showed plenty of his old vim when winning the Yorkshire Cup for the third time last month. But his legs are not getting any younger and he is double the age of three of his nine potential opponents, including the potent-looking Kyprios. Training Stradivarius also doesn’t get any easier. Gosden has been varying his routine to keep him interested. 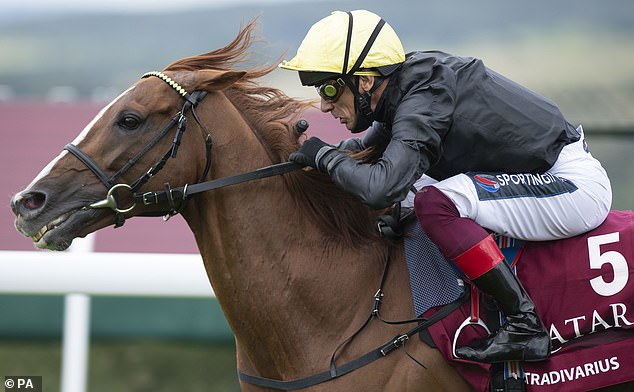 At an age when most racehorses of his stature are at stud, keeping his libido in check and his mind on the job are tricky.

‘He was probably in his prime at five maybe into six, but at eight you have to face the fact it’s like a boxer getting back in the ring too late in his career sometimes.

‘But he’s still enjoying his training and everything is going smoothly.’

Having won the Ascot Gold Cup in 2018, 2019 and 2020, as well as the Queen’s Vase in 2017, Stradivarius is chasing a fifth Royal Ascot win and has ensured he will be remembered as one of the great stayers.

Victory would give Ascot every reason to erect his statue alongside the one in the paddock of Yeats, who won the Gold Cup from 2006 to 2009 for Aidan O’Brien.

Frankie Dettori will also hope to erase the memory of last year’s nightmare run, when Stradivarius was hemmed in by Princess Zoe and ended up fourth, with Subjectivist winning the race. 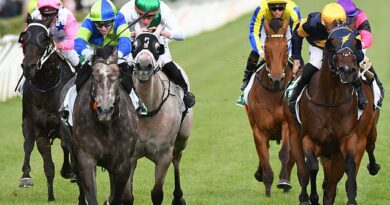 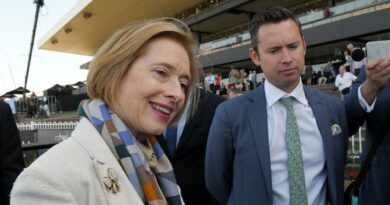 Gai Waterhouse and Adrian Bott will attempt to qualify Swift Witness for the Magic Millions 2YO Classic via the Gold Coast next Saturday.