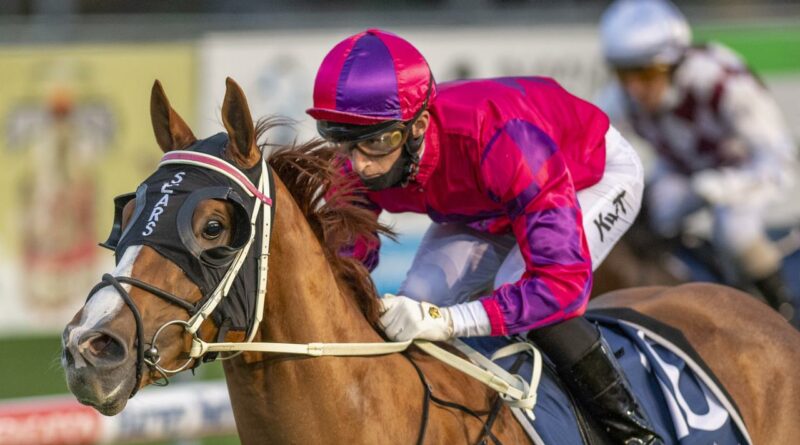 Gun apprentice Kyle Wilson-Taylor returned from a lengthy suspension on Thursday with two winners from three rides at Ipswich but don’t call his six-week hiatus a holiday with the 21-year-old knuckling down during his time off.

While many elect to base their holidays around suspensions and kick the feet up for much of the time on the sidelines, Wilson-Taylor had itchy feet after days and opted to put in the hard yards instead.

After riding work each morning for his boss Lindsay Hatch, Wilson-Taylor spent much of his time travelling to country meetings to watch more racing.

“My girlfriend is a jockey and she has started riding in the provincials but she has to do big five-hour drives out to Roma and those sorts of places so I thought I would do my bit and be supportive,” he said.

“The break was OK for the first couple of weeks but I am the type of person that likes to keep ticking and likes to have goals.

“I like to have things I can look forward to and knock down. The first few weeks were OK then I got sick of it – the last four weeks were annoying.

“Every day I have been down there riding trackwork, I probably only had four or five days off.

The Toowoomba-based rider will make his first “proper” appearance in town on Saturday where he has six rides at Eagle Farm.

With the end of the season just two weeks away, Wilson-Taylor said he is preparing to launch an attack on next season’s premiership where he is looking to best use his 3kg claim.

While Wilson-Taylor had his first Saturday metropolitan ride on Derby Day in May, Saturday marks a new beginning for the jockey who has racked up 106½ winners this season.

“We will start going into town more on a Saturday now, you might see me on a Wednesday for one or two, we just don’t want to go flat stick until next season,” he said.

“The timing has been right for a while now, we have wanted to time it perfectly because I want to win the premiership next season hopefully and we want to have as many winners with the claim as possible.

“I couldn’t be happier with my rides, I have good rides for good trainers so I couldn’t have asked for a better book for my first Saturday back.”

His arrival in town comes with big wraps from respected judges but Wilson-Taylor is keeping his feet firmly planted on the ground.

Pressed on his achievement of notching up 100 winners this season, he simply responded: “It is good but you can always be better.”

Stars can align for Bart in Futurity