The seven-year-old failed to complete for the third race in succession when he parted company with Tom Scudamore at the first fence in Saturday’s Grade Three handicap at Cheltenham, on his stable debut for David Pipe.

Assessing future plans, Pipe is considering stepping Siruh Du Lac up to three and a quarter miles for the first time on November 28, in a race for which he is a general 20-1 shot.

Pipe said: “It was over very quickly in the Paddy Power on Saturday – and there were a few expletives, that’s safe to say!

“That’s racing, though, these things happen and he seemed fine after the race.

“He is in the Ladbrokes Trophy and he might go there, or we might just wait and go back to Cheltenham in December for the Caspian Caviar Gold Cup.” 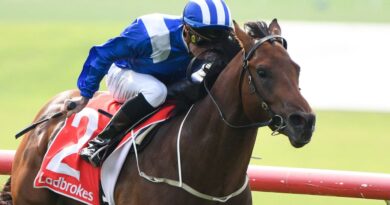