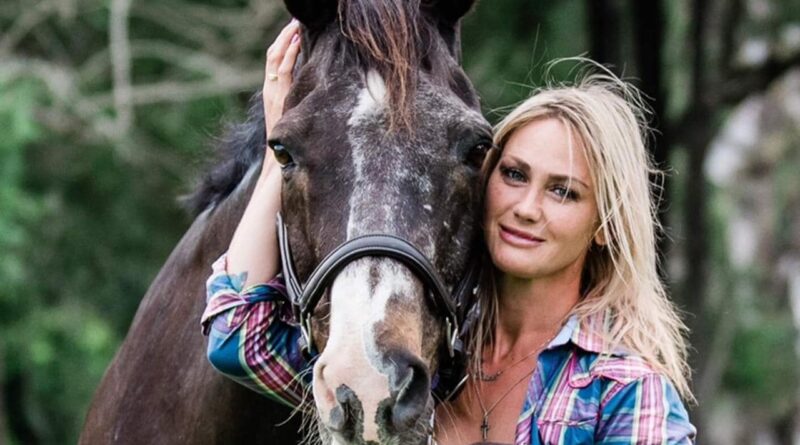 Horrified by watching a racehorse she had ridden for 18 months slaughtered on national television, heartbroken Queensland jockey Laura Cheshire was determined to help make positive change.

And Cheshire is making good on her pledge, recently elected as the new president of horse rescue charity Save A Horse Australia which is currently caring for about 80 horses on a 77-acre property at Beaudesert.

Gold Coast-based Cheshire was always passionate about horse welfare but was fortified to reform the treatment of ex-racehorses after watching a horse she loved being tortured and killed.

Secret hidden camera footage screened in 2019 as part of the ABC 7.30 Report’s investigation into the mistreatment of racehorses made her sick.

It showed War Ends, a racehorse Cheshire had regularly ridden at trackwork, being tortured and killed at the hands of abattoir workers.

Cheshire had spent years trying to make sure War Ends was looked after as he was repeatedly onsold and passed around.

The jockey had no idea of his grisly fate until she watched the ABC that night.

She vowed to make a difference to the lives of discarded horses and she has been turning words into action.

“I couldn’t fathom what was going on when I watched the TV that night, I was horrified, it just opened my eyes to some of what can happen after racing,” Cheshire said.

“War Ends was a horse who I rode every day for probably 18 months, he was a tricky horse to deal with but I loved him.

“My passion now is the horse rescue charity, we take in horses that are in bad situations whether it be from the saleyards or horses that are surrendered or taken to the RSPCA.

“We have got about 80 horses in care at the moment and seven in foster care with other people who have them on their properties looking after them.”

Cheshire has always been a staunch advocate for horse welfare and has lobbied racing authorities for reform when it comes to life after racing for thoroughbreds.

The jockey, who has not ridden in a race for more than a year due to various surgical repairs to her troublesome shoulder, has big plans for the horse rescue charity she is now spearheading.

She points out the charity looks after any breed of horse – not just ex-racehorses.

Laura Cheshire with a foal born in care out of a raced thoroughbred mare. Picture: SuppliedSource:Supplied

“I want to make improvements to our property so we can start doing tours and have the public coming out and seeing what we do with these horses,” Cheshire says.

“I’d also like to raise some money for our charity by charging people at the gate to come through for a tour.

“I’ve always had a passion for horse welfare but watching what happened to War Ends only made me more determined to make a difference.

“From when I was seven years old, I grew up telling anyone who would listen that I loved horses and I wanted to be a jockey.

“I didn’t even know what a jockey was – I didn’t know you had to be small and all I knew was you got to ride horses and you got paid for it.” 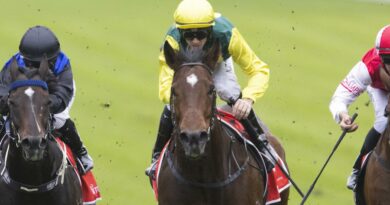 At Sea Handicap: Adelong repays trainer Brad Widdup’s faith to get back in winners’ stall