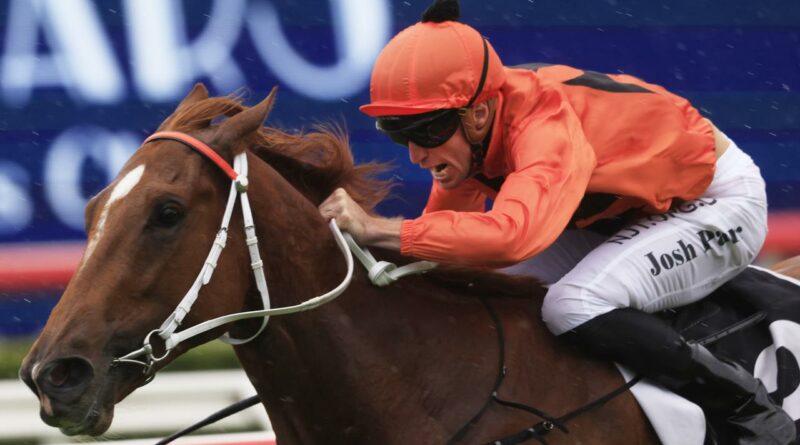 Emerging talent The Bopper has bigger targets on the radar in the coming months than Saturday’s assignment at Rosehill but there’s a sense of anticipation about his return.

The classy son of Nicconi will head to the Sky Racing Active Benchmark 88 Handicap (1100m) first-up and trainer Kris Lees is excited with what’s to come.

The Bopper is only lightly-raced but has made a sensational start to his racing career by winning three of his first four starts while his only defeat was a runner-up finish.

That run of form is headlined by a dominant display when saluting in the Listed Brian Crowley Stakes at Randwick on October 24.

This weekend The Bopper makes his return in Benchmark grade where he is the $1.95 favourite with TAB.com.au to come back a winner.

“We had to start somewhere with him and he heads to Randwick ready to run well,” Lees said.

“With that said, there is still improvement left in him and whatever he does, he will improve on going forward.”

While Lees is keen to see The Bopper return a winner, he wants to see a forward showing from the gelding for his next up assignment in the $1 million Inglis Sprint for three-year-old at Randwick on February 6.

The race has been moved from Warwick Farm to NSW racing headquarters in 2021.

“It’s the logical target for him and we will have plenty of options from there,” Lees said.

The Bopper has been given one trial ahead of his return and In-form jockey Rachel King will pilot the gelding for the first time on Saturday.

They will be joined by Lees’ stablemate Cristal Breeze at Rosehill with the imported gelding also first-up from a spell after winning twice from four starts last campaign.

“He is a nice horse that’s going well but he will probably need the run over the shorter trip on the weekend,” Lees said.

Cristal Breeze is a $23 outsider on Saturday and will be ridden by Jason Collett.

Originally published asBig things ahead for The Bopper