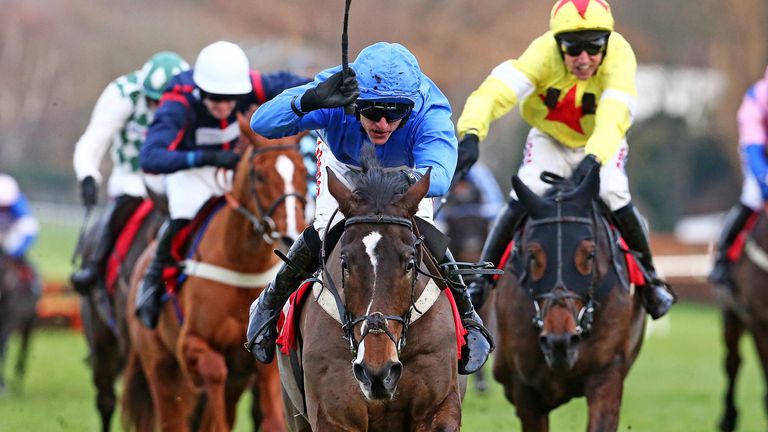 Evan Williams is keeping his fingers crossed Mack The Man makes the cut for next month’s Betfair Hurdle at Newbury.

The six-year-old failed to get his head in front in his first six career starts and was pulled up on his final outing of last season at Sandown in early March.

However, he has been much improved since returning from a summer break, making a successful reappearance at Warwick in November before following up in a Listed handicap hurdle at Sandown the following month.

Mack The Man had the option of going back against novices in Rossington Main at Haydock, but Williams decided to keep his powder dry in the hope he gets a run in the most valuable handicap hurdle of the season.

Williams said: “He’s fine, but we decided not to run at Haydock and stick to the plan and wait for Newbury.

“Obviously we’re near the bottom of the weights, so we’ll have to wait and see whether we get in or not.

‘This is what racing needs’: Vandyke pumped for big clash

Advertise in top form for Ascot