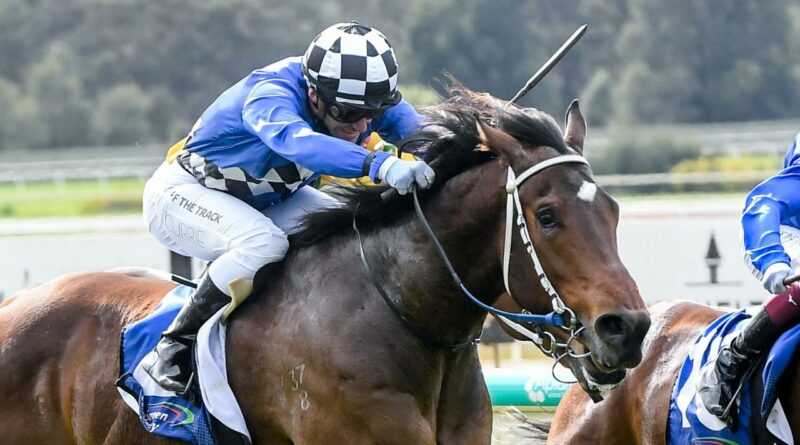 Untapped youngster Beldivian, out of the same family as the late Cox Plate champion Maldivian, will hand Mark and Levi Kavanagh another memorable life moment at The Valley.

The Vancouver gelding will tackle the Listed McKenzie Stakes (1200m) on Saturday and double as the father-son training combinations first Melbourne starter.

Beldivian’s taste of metropolitan action coincides neatly – almost to the date – 15 years on from Maldivian’s maiden win at Ballarat.

Maldivian had five starts at The Valley for three wins, including 2008 Cox Plate, a second and fourth.

“We hope it (Beldivian) can progress to that, it‘s only early days yet,” Levi Kavanagh said.

“Obviously with the name and the breeding there we hope he can have some sort of glimpse of what the family has shown in the past.”

Beldivian is out of Belavynshi, a three-quarter sister to Maldivian.

The $110,000 Magic Millions Adelaide Yearling purchase ran on strongly to win at Bendigo on debut.

“We think highly of him, without wrapping him up too much, he’s got to do it first, his win the other day was quite good so we want to give him the opportunity in a bit harder level,” Kavanagh said.

“I thought it was impressive, he was back a little way and really finished strong, he’s going to take a lot of improvement from the run both physically and mentally.

“Some good horses in this but at this time of year, coming into spring, when you’ve got untested three-year-olds you want to throw them into the deep end and see whether they sink or swim.”

Levi and Mark Kavanagh will have their first runner as a training partnership at The Valley on Saturday. Picture: AAPSource:AAP

Paperwork for the Kavanagh joint partnership was finalised this week.

The stable has two starters in Adelaide on Saturday and one at Wangaratta.

“We’ve both had winners this season already in our own right so it will be good to have a go in the new season together,” Kavanagh said.

“We’d work together (previously) but do our own thing with our horses, it’s good to combine and have a round table discussion about what each horse is doing and where they’re going.”

Kavanagh also has an unraced Merchant Navy colt out of Condolences, a half-sister to Maldivian.