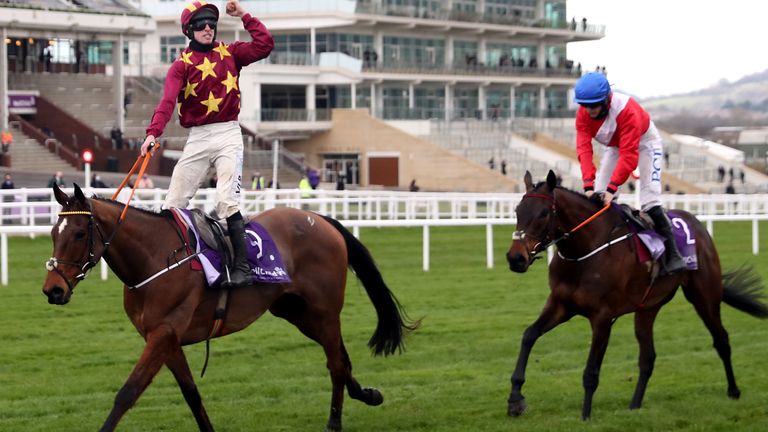 The eight-year-old led home stablemate A Plus Tard to provide trainer Henry de Bromhead with a one-two in last month’s blue riband.

With A Plus Tard a possible runner at Aintree next week, Minella Indo will be a hot favourite to claim another big-race success in the 250,000 euro feature on day two of Ireland’s end-of-season meeting.

De Bromhead said: “It (Gold Cup) was a hard race, as you would expect, and A Plus Tard pushed him all the way, but he seems to be good since.

“Like all the horses that ran in Cheltenham, we will give him as much time as he needs and just see how he is before getting going again, but we would hopefully be returning to Punchestown with him.

“He won the Grade One three-mile novice hurdle at the Festival two years ago, following up from the Albert Bartlett at Cheltenham, so he does like it around Punchestown.

“We will see how he is and discuss it with the Maloneys (owners), but there is a good chance (he’ll run) at this stage.”

Minella Indo’s potential rivals include dual Cheltenham Gold Cup hero Al Boum Photo, who was third when bidding for the hat-trick, and his stablemate Kemboy, who got the better of Al Boum Photo in the most recent Punchestown Gold Cup in 2019 under the retiring Ruby Walsh.

The likely star attraction in that Grade One contest is Gavin Cromwell’s Flooring Porter, who made all the running in the Stayers’ Hurdle at Cheltenham.

“Punchestown is definitely the aim for Flooring Porter. He’s good. He came out of Cheltenham fine and is back in full work. We’re happy with him so all roads lead to Punchestown,” said Cromwell.

“It is really just about getting him back in the routine. He’s obviously very fit so it’s only a matter of ticking him over, but it doesn’t take very much to get ready.”

Flooring Porter was ridden by Danny Mullins at Cheltenham after Cromwell’s stable jockey Jonathan Moore stood himself down on the morning of the race due to injury.

Cromwell added: “It was a huge shame for Jonathan, but he is a big part of the team.

“We’re optimistic Jonathan will be back from injury to renew his partnership after Danny Mullins filled in so well at Cheltenham. He’s still quite sore at the moment, but will hopefully be fine by the time Punchestown comes around.” 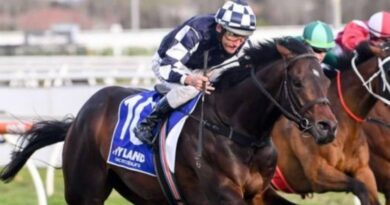 Wayne Hawkes: We need a clearer pathway for runners to gain entry into Melbourne Cup and remove guesswork 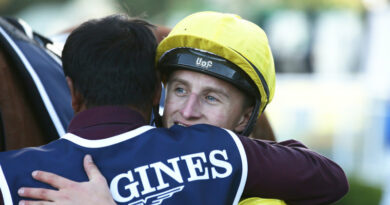