Home » Mizzy to bypass All Aged in favour of Morphettville feature 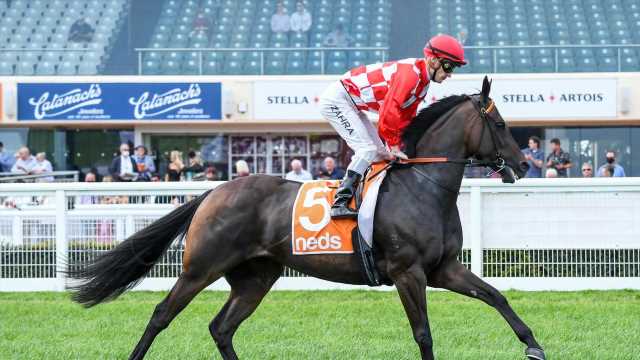 Classy mare Mizzy will bypass the All Aged Stakes for a date with Saturday week’s Group 1 TAB Classic (1200m) at Morphettville as part of a likely two-pronged attack with star stablemate Libertini.

Trainer Anthony Cummings confirmed he won’t accept in Saturday’s Randwick Group 1 and will opt in favour of the fillies and mares Group 1, officially registered as the Robert Sangster Stakes.

Both Cummings’ mares were among a list of 33 horses nominated on Tuesday for the TAB Classic ahead of the sprint feature on Saturday, May 1.

Mizzy is chasing an elusive Group 1 after already placing twice at the top level this autumn, and has been given a month freshen up since the Group 1 George Ryder Stakes where she finished 11th.

“We will wait another week with her as the Sangster looks like the easier race of the two,” Cummings said.

“She is a big round thing that enjoys her work so we gave her a trial (after her George Ryder run).

“It‘s likely we head that way with Libertini too. She is very well and Todd Pannell has been booked to ride her.”

Libertini is currently the $5 favourite with TAB.com.au for the TAB Classic while Mizzy is $13 with Regan Bayliss to travel across and ride the mare.

Mizzy is set to go under the hammer at May’s Magic Millions National Broodmare Sale on the Gold Coast.

Meanwhile, Cummings also plans not to accept with Sky Boy in the All Aged Stakes.

The injury plagued galloper has been off the scene since his 2018 Villiers Stakes win and Cummings will wait another week to give the gelding his long-awaited return.

Cummings has thrown in a late nomination for the Group 1 Champagne Stakes with the lightly-raced Lease, which enjoyed a 1050m trial hit out at Randwick on Tuesday morning.

“I was happy with his trial and I think he should enjoy the step up in trip,” Cummings said.

“He had to miss a run last week with a sore foot but provided he pulls up all right, I don’t think he is out of place in a race like that.” 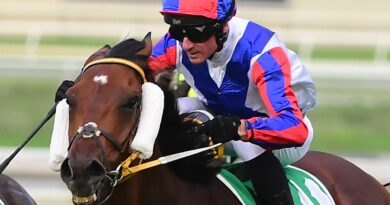