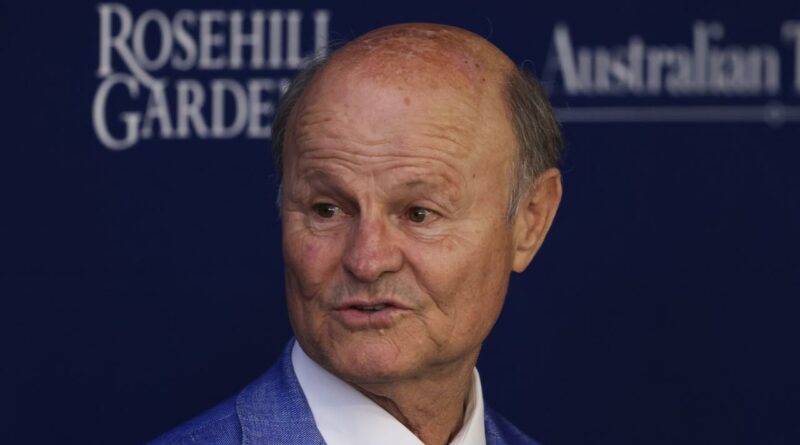 As he prepares to welcome back his stable flag-bearer Montefilia, trainer David Payne will unleash two of his next gen at Randwick on Saturday.

Stablemates Tympanist and Chitabe will lead Payne’s weekend assault when the two-year-old duo line up in the Schweppes 2YO Handicap (1400m) just 24 hours after his stable star Montefilia steps out.

Montefilia will makes her first public appearance this preparation with a barrier trial over 1030m at Rosehill Gardens on Friday morning for what is the first step on a road that may end up at the Melbourne Cup later this year.

“She will just have a soft trial and we won’t do too much with her,” Payne said.

“She has come back good.

“You don‘t know she is there most of the time because she is such an unassuming filly.”

Payne plans to run Montefilia in the Chelmsford Stakes first-up on September 4 but is hoping horses like Tympanist and Chitabe can fly the flag for the stable until then.

Tympanist ($11) heads to Randwick chasing back-to-back victories after chalking up a maiden success at Hawkesbury over 1400m on June 22.

“We have always thought he was a decent horse but he was just so dumb and did so many things wrong,” Payne said.

“Saturday will be a stronger test for him but his last run was good.

“It will be interesting to see the track because Randwick is a different sort of wet than he faced the other day. They tend to get into it a bit deeper.”

James McDonald will ride Tympanist while Sam Clipperton pilots Chitabe, which is returning from a spell.

Chitabe, a $71 outsider, was unplaced in two starts in her first preparation and has trialled twice in preparation for her fresh assignment.

“She will run a cheeky race,” Payne said.

“Don’t go on her trials, she is a lazy thing.

“She will most probably get 2000m in time but this is her first run back so we will see what she looks like.”

Godolphin galloper Honeycreeper is the $2.50 favourite.

Originally published asMontefilia ready to step out for trial