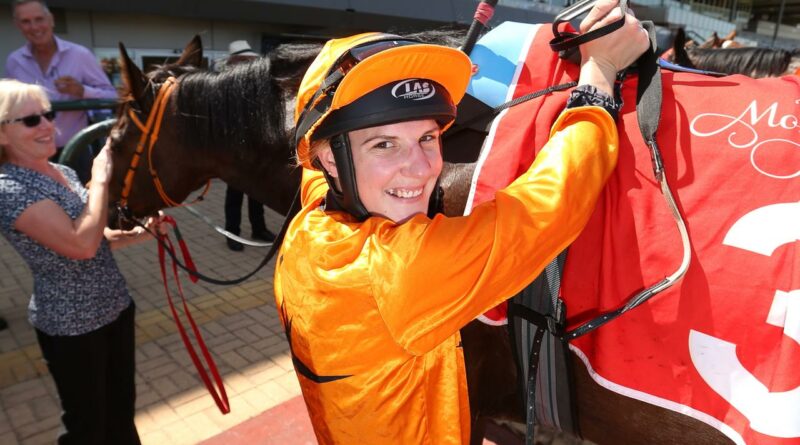 Half a century of breeding history has trainer Ricky Bruhn quietly confident the best is yet to come with promising talent Goliotus ahead of the gelding’s city debut this weekend.

Bruhn has his lightly-raced three-year-old bound for Morphettville to contest the GH Mumm Maiden Plate (1300m) at his second career start on Saturday.

The son of Magnus is a product of a long line of horses owned and bred by Bruhn and his family that dates back a touch over 50 years.

A mare foaled in 1967 by the name of Mashallah, which was by one of South Australia’s best ever sires Matrice, was the first of the line Bruhn had in his care and he’s had continued success with the family since.

“It has been a brilliant family for us for about five generations,” Bruhn said.

“They've been a little gold mine for us over the years and it started with a Matrice mare back 50 years ago and the line has been good to us ever since.

“He’s a really nice type of horse. He’s eye-catching to look at but can be difficult at times.

“He’s always given us the impression he is a nice horse but we’ve just had to be a bit slow with him.”

Bruhn only has a handful of horses in work at a time and Goliotus could be set to be his stable’s new flag bearer.

Goliotus showed promise in his debut start when settling close to the speed before finishing a narrow runner-up at Hamilton over 1200m on a heavy track.

The performance – coupled with Covid-19 restrictions in Victoria – encouraged Bruhn to challenge the gelding in town in his second start.

“With the border closed now we had no options but to head there but the horse is going really well,” he said.

“He really went well on the wet track last start and probably likes them that way because the whole family does.

“The draw has turned out well for us and hopefully he can run accordingly.

“I think he will get out to a mile in time.”

Caitlin Jones has been booked to ride Goliotus from the good draw in barrier two.

Goliotus opened on the second line of betting with TAB fixed odds on Wednesday at $3.90 but has drifted slightly to $4.60.

The Gordon Richards-trained Turfitt holds sway at the top of the market at $2.20.

Richards is coming off a two-state double last Saturday courtesy of wins from Magic Max at Caulfield and Garrire at Morphettville.

Originally published asPromising talent has family history on his side

Keeping racing up to scratch