The Phillip Stokes-trained Snitzkraft showed his true capabilities when on his best behaviour with another Listed victory in the Wylie Handicap at Morphettville on Saturday.

Stable spokesman Tommy Stokes confessed the horse had been a bit of trouble in the past and prone to do plenty wrong in his races.

But as Tommy said: “The right horse turned up.”

“He can run out the track and you don’t know when the right horse turns up,” Tommy said.

“We weren’t filled with confidence going into the race and had already had his second run planned.

“He was going to back up in a three metro wins race, but he will now be out of his grade there. Hopefully he can gain confidence from that, he has not won for a while.

“Dad had him rock hard fit for this and I suppose he was the fittest horse out there today.”

It is a second Listed race triumph for Snitzkraft, but as Tommy noted, he still ran right off the track in the Matrice at Morphettville in March last year and “we won the race in the stewards’ room”.

Tommy praised the work of his father with Snitzkraft, which gave leading jockey Todd Pannell a treble for the day, and said the six-year old would return to Melbourne.

The Stokes stable dominated the Wylie with Shamino getting home nicely for second, a terrific feat considering its leading hope Seemingly Discreet was scratched on the morning of the race.

Stokes was forced to withdraw the classy mare after she was kicked by another horse at trackwork on Thursday morning.

Tommy said the four-year old was fine that afternoon, and the next morning, but the leg was swollen on the morning of the race and there was no option but to take her out.

“She will be fine in a week,” Tommy said.

“This was the target race for her and it is disappointing for the owners.

“It’s unfortunate there are no other races for her here and she will go to Melbourne.”

Definite plans for Seemingly Discreet, a highly impressive winner at Morphettville on September 5, are still to be confirmed. However, Tommy said the options included a 955m race at Moonee Valley or a mares race at Caulfield in two weeks.

Pannell opened the program with wins in the first race on Somerset Maugham and second on the Stokes-trained Quietly Discreet. 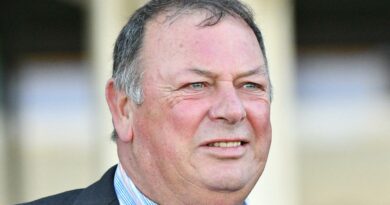 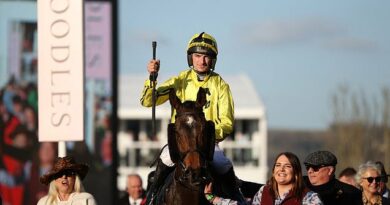 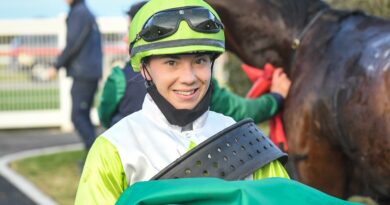