Home » My Oberon set for d'Ispahan at Longchamp 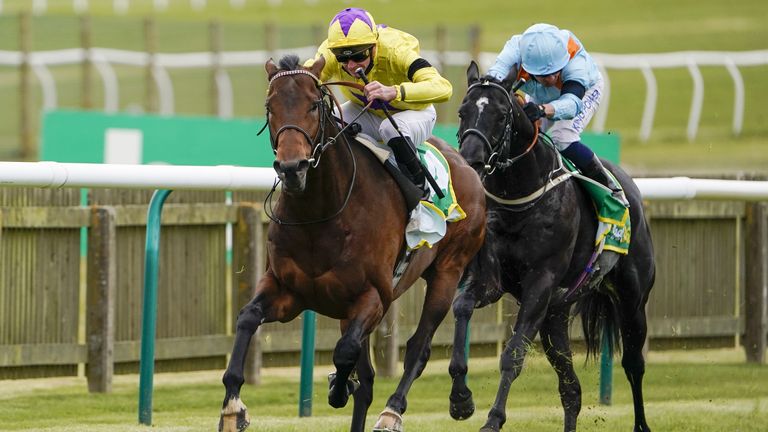 William Haggas is keen to give My Oberon another opportunity to claim Group One honours in the Prix d’Ispahan at ParisLongchamp.

The Dubawi colt made an impressive start to his season in the Earl of Sefton Stakes at Newmarket last month, earning himself a step up to the top level in the Lockinge at Newbury.

My Oberon could finish only seventh in a race dominated by the brilliant Palace Pier, and Haggas is hoping the sun is shines in Paris on Sunday to give his charge the best chance of bouncing back to form.

“It was a pretty moderate run (in the Lockinge), but he’s come out of it very well,” the Newmarket trainer told Sky Sports Racing.

“I attributed it solely to the ground and I’m hoping they have in France a day like we’ve had in Newmarket – a beautiful, warm, sunny day. Hopefully the ground will dry to suit him.

“I’m not sure whether he’s up to it (Group One level). But he’s a pretty good horse, and he’s won a Group Three.

“Sons of Dubawi have done terrifically well at stud, and I’m trying to find him a race he can win, possibly a Group One race, and then he’s a stallion in the making.

“That’s the idea behind it – he’s never going to win a Group One if he doesn’t run in one. That’s why he’s going to France.”

He added: “I think a mile and a quarter in time will be good for him. I got distracted and went for the Lockinge, which was a mistake.

“I’d always planned to go to the d’Ispahan. We might be flying a bit high – but nothing ventured, nothing gained.”

My Oberon is one of two British-trained runners in a seven-strong field, along with Charlie Hills’ Tilsit.

Queen Elizabeth II Stakes winner The Revenant bids to open his account for the campaign, while Skalleti – runner-up to the Haggas-trained Addeybb in last season’s Champion Stakes – is seeking to take his winning tally to three from three this season.

Horse racing tips today: All the horses to back at Sandown and Ffos Las 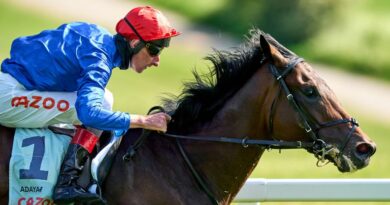 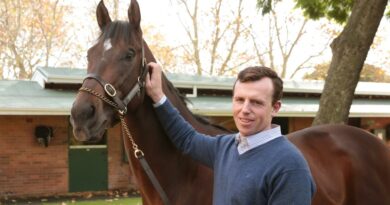 Inside Mail and Best Bets for Grafton Monday