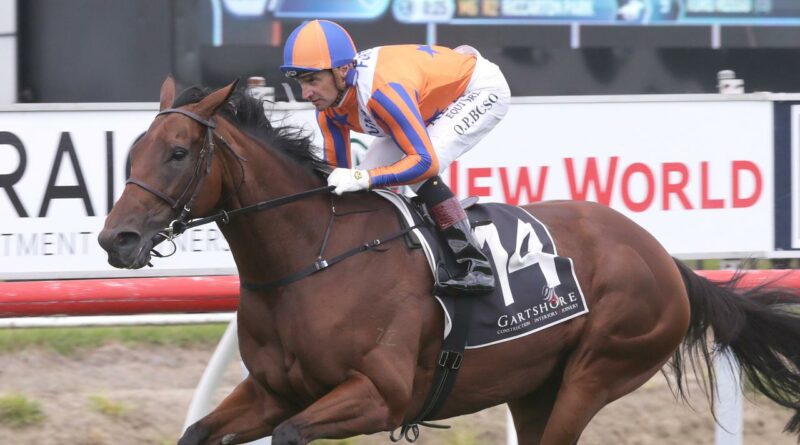 Jamie Richards admits it felt like “the end of an era” seeing Melody Belle depart New Zealand as his 14-time Group 1 winner arrives in Australia ready to add one final chapter to her storied career.

Melody Belle left the Matamata base of Richards and Te Akau Racing on Monday ahead of a farewell tour of runs in Australia that begins with Saturday’s Group 1 Tancred Stakes (2400m) at Rosehill.

“It is the end of the era a bit in the stable here,” Richards said.

“For her it‘s just another trip over.

“She had an exhibition gallop on Saturday and made the trip over on Monday night.

“A few of the staff were pretty emotional about it all but where hoping to see her race in Queensland in May.”

A date with the Magic Millions Gold Coast Broodmare Sale in May 25 will likely bring to an end the racing career of Melody Belle but Richards is determined to see her taste more Australian success first.

She was among a list of 23 horses nominating for the Tancred Stakes with Melody Belle the outright $4.50 favourite with TAB.com.au.

Melody Belle will need to break new ground to win her 15th Group 1 and second on Australian shores to go with the 2019 Empire Rose Stakes.

The classy six-year-old has never raced over a mile and a half despite winning multiple times over 2000m in Group 1s in New Zealand.

“I think it is something she has probably been looking for, for a while,” Richards said.

“We’ve wanted to try and this looks like the right opportunity to do that.

“The way it fitted together with Verry Elleegant and some others running last week, it looks like a nice opportunity for her.

“The prospect of good ground is also important given it is her first run over that distance.”

Richards is still planning on sending NZ Oaks winner Amarelinha across to Australia for Sydney’s equivalent of the fillies staying classic.

She is currently the $4.50 TAB.com.au equal favourite for the Australian Oaks alongside Montefilia.

Richards will only send Amarelinha to Australia if the conditions suit and wants to avoid a severely rain affected track if possible.

Amarelinha would fly across the Tasman on the Monday before the Oaks, held on April 17 at Randwick.

Entriviere will also make the trip to contest the Group 2 Sapphire Stakes on April 10.

Originally published as‘End of an era’: Kiwi sensation sets off for final chapter 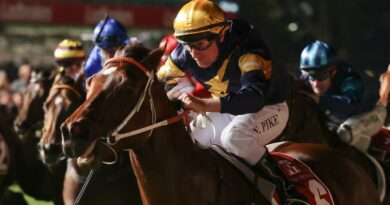