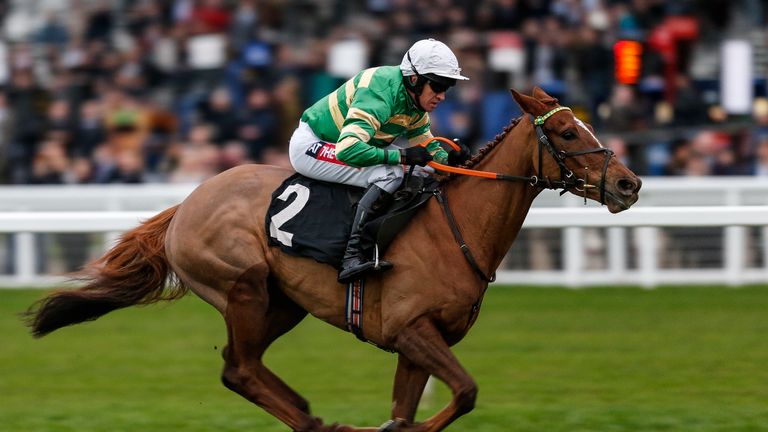 Nick Gifford hopes Didtheyleaveuoutto can make his class count by making a winning return to action in the Pudding Norton “National Hunt” Maiden Hurdle at Fakenham on Wednesday.

The JP McManus-owned gelding faces six rivals on his hurdling debut in the two-mile prize, which will be his first start since finishing down the field in the Champion Bumper at the Cheltenham Festival in March.

Prior to his defeat in Grade One company at Prestbury Park, the five-year-old had followed up his debut win at Lingfield with an impressive success in a Listed contest at Ascot.

Gifford said: “He is in great order. All we have been doing is waiting for a bit of rain to fall.

“We just didn’t want him to run him on heavily-watered ground, but they have had more than 20 millimetres over the weekend and a bit more is forecast.

“The ground should be ideal and he has jumped well in schooling, so we are very hopeful. We are starting him off low key, but it looks a nice place to start him off.”

He went on: “The tight track is always a bit of a worry, but he won his first bumper around Lingfield, which is sharp enough.

“The form of his Ascot win is rock solid and has been franked everywhere, including on Saturday at Cheltenham when Strong Glance, who finished behind him in fifth, won.

“I’m amazed he was still there two furlongs out in the Champion Bumper – he ran a cracking race considering conditions were not in his favour.

“His weapon is his turn of foot and he couldn’t use it on that ground at Cheltenham.

“We know he is a nice horse, he has now got to prove it over hurdles but we are very hopeful.”

Berry sure Signore can outfox rivals from wide gate